Watermark has been sold 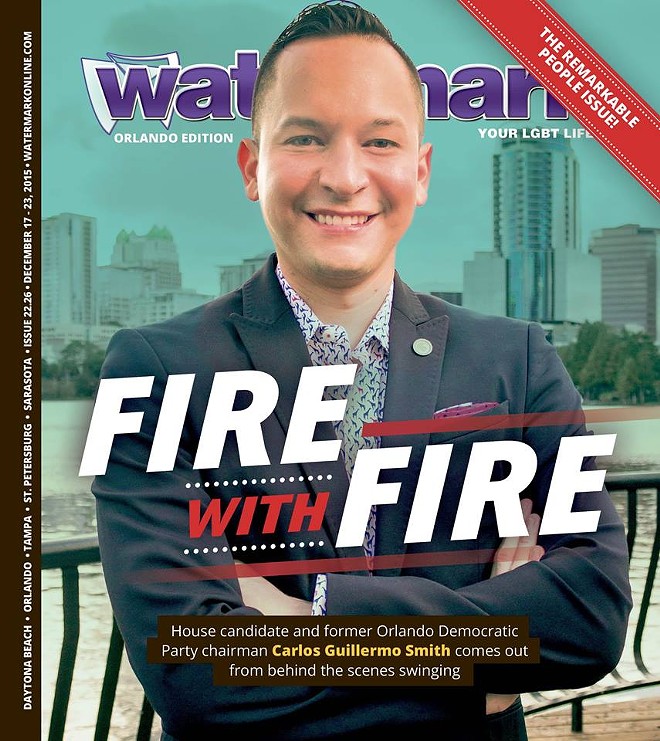 LGBT newspaper Watermark, which wooed our former senior staff writer Billy Manes away to become its editor in chief earlier this year (we're not mad, just a little bit sad – we miss you, Billy!), has been sold. But don't worry, the publication the Orlando/Tampa/St. Pete community knows and loves is going to stay pretty much in the family – publisher Rick Claggett has purchased the publication, effective Jan. 1, and founder Tom Dyer, who stepped down as publisher last year and handed the reins over to Claggett, will hang onto the company's real estate holdings, per a press release sent out today. You can read it below. You can also read Dyer's farewell column in this week's issue of Watermark, in print and online.

Orlando—Watermark founder Tom Dyer has sold the respected LGBT newspaper to his longtime publisher and associate, Rick Claggett. The sale is effective January 1, 2016, and includes publishing rights for the biweekly newspaper, Watermark, and all associated media. Dyer will retain the company’s real estate holdings in Orlando and St. Petersburg.

With $20,000 borrowed from friends and a staff of three, Dyer founded Watermark in 1994 as a vehicle to “cast a spotlight on the richness of the local LGBT community.” The 24-page first issue featured Winter Park’s Amanda Bearse on the cover.

Watermark expanded to Tampa Bay in 1995 and soon tripled in size. It now distributes up to 20,000 newspapers every other Thursday at more than 500 locations throughout Orlando, Tampa Bay, Sarasota and throughout the state. The full-time staff of 11 also produces eight glossy specialty publications, an award-winning website, weekly e-blasts and regular social media posts.

Watermark has reported local and national developments during two decades of enormous—often tumultuous—progress for LGBT equality. In 1998, Watermark fought the City of Orlando for the right to hang rainbow flags downtown during Pride Month. When Rev. Pat Robertson predicted divine retribution, it made national news. In 2015, Watermark celebrated the legalization of same-sex marriages in Florida and the landmark U.S. Supreme Court ruling upholding such marriages.

In the current “Year in Review” issue of Watermark, Dyer described his passion for the newspaper he founded 21 years ago, and his determination to do whatever it took to make the paper succeed.

“I grew up believing that a gay ‘lifestyle’ involved shadowy bars, transient relationships and guilty sex,” Dyer wrote. “I wanted it to be more. Watermark would be my proof.”

Dyer is an attorney with Dyer & Blaisdell, PL, practicing primarily in the areas of estate planning and probate.

With Claggett as owner, Watermark and associated media will now be published by Watermark Publishing Group, Inc.

“I’m grateful to Tom for everything he has done, and for this extraordinary opportunity,” Claggett said. “Watermark will continue to evolve, but we will always be mindful of Tom’s goal to portray the richness of our community.”