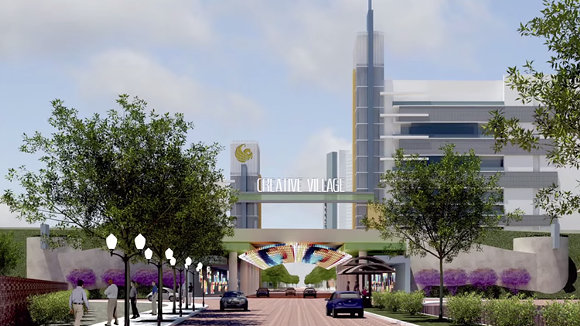 After suffering a setback last year when Gov. Rick Scott vetoed $60 million in state funding for the University of Central Florida's downtown campus, school officials say they have cut an agreement with the state to get $20 million in funding.

UCF Board of Trustees approved a memorandum of understanding with Scott's office Thursday, according to a UCF news release. The memo states Scott "has indicated a willingness to support the project," but wants several commitments from UCF:

- The downtown campus won't include dorms constructed or funded by UCF or its direct support organizations. "UCF Housing intends to contract to manage dormitories near the Downtown Campus if so requested by the owners of the dormitories. The management will be performed consistent with other UCF managed housing that includes rules of conduct, resident advisors, and an atmosphere conducive to learning," the memo says. In other words, private developers would build the dorms for students.

- The downtown campus has to focus on "degree programs for which there are significant employment opportunities in the State of Florida," according to the memo. Low productivity, low demand degree programs would get axed and replaced by "high-skill, high-wage majors." More welders, less philosophers, right?

- Only degrees linked to the needs of the local and state workforce can be offered.

- The downtown campus will use UCF's online programs to "minimize the need for infrastructure investment." Based on current behavior, that would mean 46 percent of students would take their classes in a traditional classroom setting, 38 percent would take classes that blended the traditional classroom with online coursework and 16 percent of students would only take classes online.

- The campus would need to have programs to "assist all graduates in the two most popular degree programs in the Downtown Campus, who are interested in full time employment and who are not pursuing post-graduate education, to obtain full-time employment within a year of graduation."

“We appreciate the feedback from the Governor and his staff and look forward to meeting his goals and improving outcomes for our students, community, and state,” says UCF President John Hitt in a statement.

UCF has continued to receive contributions from private and local government agencies in the past months. CFE Federal Credit Union and the Orlando Magic pledged $1.5 million each, the Orange County Commission pledged $3 million and Valencia College offered $2 million toward the project.