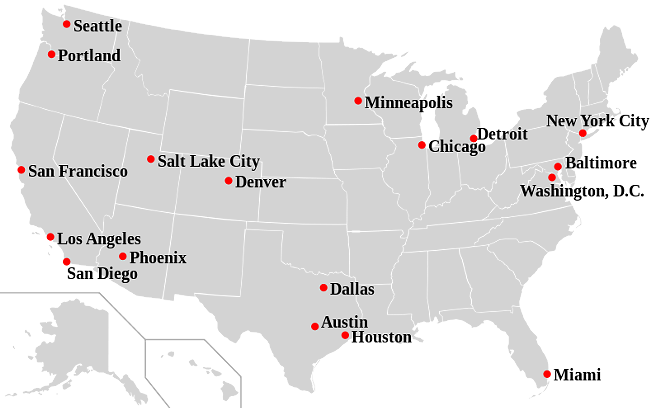 Despite emotional pleas from immigrant advocates, state House members Wednesday moved forward with measures aimed at cracking down on cities and counties that provide "sanctuary" for undocumented immigrants and increasing penalties for people who defy deportation orders.

The House Civil Justice Subcommittee voted 9-4 to back a measure (HB 675) by Rep. Larry Metz, R-Yalaha, that in part would define and prohibit sanctuary communities.

Later, the House Justice Appropriations Subcommittee voted 8-3 to support a proposal (HB 9) by Rep. Carlos Trujillo, R-Miami, that would make it a felony for people who defy deportation orders.

Metz said his proposal isn't intended to target any specific group but seeks to uphold immigration laws that the federal government is failing to carry out.

"This bill would basically say, as a matter of policy in the state of Florida, that we're not going to tolerate state or local governmental agencies from refusing to cooperate with the enforcement of existing federal immigration law," Metz said. "And just recognizing, in a footnote to that, the enforcement of existing federal immigration law is very limited under the current administration as it is right now, just targeting mainly those with criminal backgrounds or who are already subject to deportation orders."

Among the numerous speakers opposed to both measures, Zoe Colon of the Hispanic Coalition in Orlando said the state should focus its energy instead on imploring the federal government to fix "our broken immigration system."

"Anti-immigrant policies such as this one attack all brown and black families," Colon said. "They separate families, they promote hate and racial profiling, and they attack a significant part of our workforce and economy."

Maria Rodriguez, executive director of the Florida Immigrant Coalition, called the measure "anti-immigrant rhetoric" stemming from the Republican presidential primary and said it is unnecessary and potentially unconstitutional.

Trujillo said governments can't selectively enforce laws. "At what point do we say we're not a country of laws?" he said.

A staff analysis of Trujillo's bill noted that in 2012 the U.S. Supreme Court struck down part of an Arizona law that created a misdemeanor for the willful failure to complete or carry alien registration documents.

"The court held that because of the existing comprehensive federal statutory framework related to alien registration, the federal government occupied the field of alien registration and explained that federal law makes a single sovereign responsible for maintaining a comprehensive and unified system to keep track of aliens within the nation's borders," the staff analysis concluded.

The term "sanctuary cities" refers to local governments that in some way do not enforce federal immigration laws and are considered safe harbors for undocumented immigrants.

The anti-sanctuary measure was crafted in reaction to the fatal shooting in July of 32-year-old Kate Steinle in San Francisco, allegedly by an undocumented immigrant who had previously been deported.

"That should never happen anywhere, and the intent of this bill is to make sure it never happens in the state of Florida," Metz said.

"People will be afraid to deal with the police. Crime victims, domestic-violence victims, human-trafficking victims, witnesses to a crime, even reporting a crime, will have a chilling effect based on this bill," Stafford said. "What was once trust will become fear and anxiety."

The Senate versions of the bills have yet to be scheduled for committee hearings.