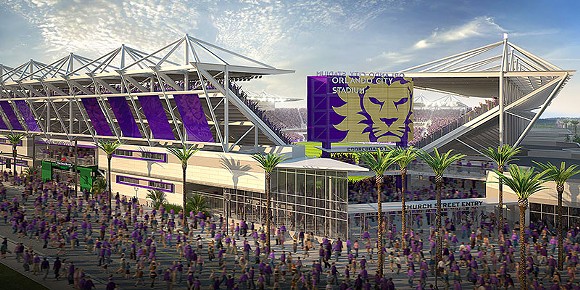 Orlando City Soccer Club founder and president Phil Rawlins says in a statement this morning that construction of the soccer stadium is taking longer than previously thought, so the team will play its 2016 season in the Citrus Bowl.

“We continue to make progress on our new Downtown Stadium, and we expect to begin steel installation – a major construction milestone – later this month," Rawlins says. "At that time, we will also launch our 3D seat viewer, which will allow fans to get a first glimpse inside the stadium from their new seats. Unfortunately, stadium construction is taking a little longer than anticipated. Therefore, in order to provide enough time, we have taken the prudent decision to play the entire 2016 season in the Orlando Citrus Bowl, and concentrate our construction efforts on being fully prepared for opening in 2017. This will allow us to provide fans, community neighbors, partners and competitors a first class experience from the very first day.”

While you wait for 2017 to get here, you can see what the stadium currently looks like here.