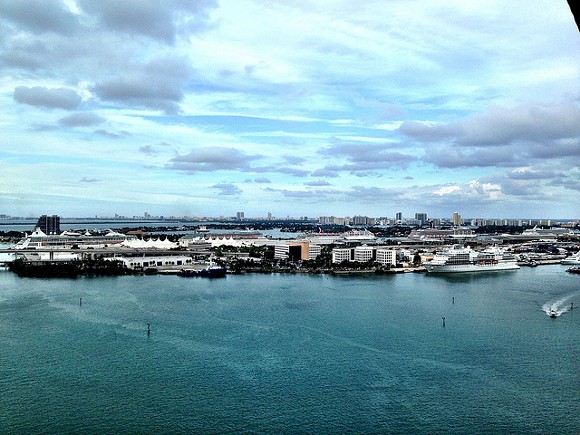 With tensions easing between the U.S. and Cuba, Miami is looking to position itself to benefit from new trade between the two former rivals. PortMiami is currently investigating the feasibility of building a terminal for a ferry linking Miami to Cuba.

The new terminal would be for both passengers and cargo using larger boats that can haul cargo below and passengers above. Miami’s mayor, Raquel Regalado, has said that ferry service between Miami and Cuba is “inevitable.” In interviews, she’s been quick to point to the flight service between Miami and Cuba. The new ferry service does have some issues, the biggest being Cubans are banned from exiting their country via a boat. For the new service to be successful those rules would need to be updated.

The proposed location of the new ferry terminal at PortMiami is the same plot of land that David Beckham expressed interest in placing his Miami MLS soccer stadium. Those plans have encountered major pushback from local politicians. An interesting restriction on the land causes the ownership to revert back to the city if it’s ever used for non-port uses. A soccer stadium would be a hard sell for a port use.

Interestingly enough, another group in town who has expressed interest in having Beckham build his stadium on their site already run a ferry service out of PortMiami. Genting, a large Malaysian casino group (who co-own Universal Studios Singapore) run a ferry from PortMiami to their resort on Bimini in the Bahamas (they also run a helicopter ferry to the resort from Miami). They own a large chunk of waterfront property not far from the Port where they’ve expressed an interest in building a multi-billion dollar casino resort complex. That plan, part of a $6 Billion investment in new South Florida resorts, was blocked in Tallahassee by a group of (mostly) Republican politicians led by Central Florida’s Senator Andy Gardiner.

The new PortMiami Cuban ferry service is just one of a number of proposed ferries to the socialist country just 330 miles south of the city. Other South Florida ports including Port Everglades, Port Manatee and Key West, which have all expressed interest in regular ferry service with Cuba. Before the Cuban embargo that began in 1960 Florida’s economy was directly linked to Cuba’s. We shared a large swath of tourists, agriculture and other major economic powerhouses with the nation. The embargo caused major impacts in the local economy; wrecking that of Tampa and South Florida.

While Miami looks to be embracing commercial connections to Cuba they’ve been very clear that they have no interest in any political ties to the nation. Mayor Regalado has stated that any attempt to open a Cuban consulate in Miami would be met with opposition from the city.