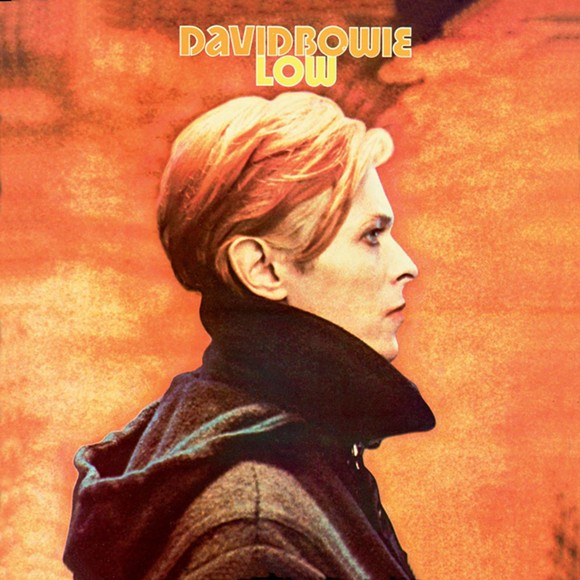 It's been just over a week since the news broke about David Bowie's death, but if you haven't moved past depression into acceptance, there are several ways to mourn the man this week.

Enzian wasted no time in securing a license to show both The Man Who Fell to Earth and Labyrinth this week. Nicolas Roeg's 1976 science fiction film, The Man Who Fell to Earth, was Bowie's first film role. He plays the titular alien, Thomas Jerome Newton, who comes to earth to bring water back to his home planet, but gets sidetracked by sex, television and alcohol. Two of Bowie's iconic album covers, 1976's Station to Station and 1977's Low, were taken from the film. The Man Who Fell to Earth is screened at Enzian at 9:30 p.m. Wednesday, Jan. 20. Tickets are $8.50.

Labyrinth, for better or worse, is the film that most people think of when they think of Bowie. The 1986 Jim Henson movie introduced Bowie to an entire new generation of kids who grew up watching Jennifer Connelly travel through the labyrinth to save her baby brother from the Goblin King (Bowie) on VHS. Bowie recorded five songs for the film, including the popular "Magic Dance" and "Underground," which reunited Bowie with acclaimed R&B singer Luther Vandross. Vandross' career got a significant boost 10 years earlier from his work on Bowie's 1975 album, Young Americans. The Enzian screens Labyrinth at 9:30 p.m. Tuesday and Thursday, Jan. 19 and 21. Tickets are $8.50.

On Wednesday, Varietease star and owner of the Venue, Blue Star, brings her burlesque troupe to Stardust Lounge for a special night of burlesque performances that pay tribute to the iconic rock star. The venue is rebranding itself at the Ziggy Stardust Lounge for the evening, though we suspect that the Ladies of the Peek-A-Boo Lounge will pay tribute to multiple eras of Bowie's looks. Doors open at 9:30 p.m. Wednesday, Jan. 20. Tickets are $7, and are expected to sell out. Reservations can be made at 407-839-0080.

This Thursday, Spacebar hosts a special edition of their Bring Your Own Vinyl night where people are encouraged to bring in their own favorite Bowie records (or Bowie covers or Bowie-produced tracks) and play them for a group of likeminded fans. All of the bar profits from Bring Your Own Bowie will be donated to Grind for Life, a charity that assists cancer patients and their families with day-to-day expenses during their treatment.

And if that's not enough, we've also heard rumors of a tribute concert featuring an all-star lineup of local musicians being planned for Valentine's Day, though details have yet to be finalized. If you have any other events we should know about, email listings@orlandoweekly.com with the details.