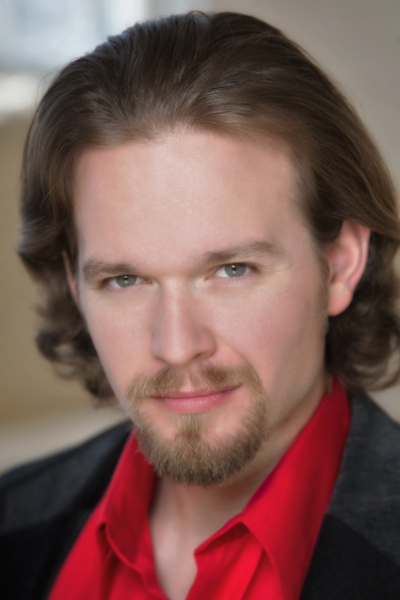 Seems like that fat lady is shutting up for now. Far from an end for Florida Opera Theatre, the group today announced an exciting new direction. They've changed their name to Opera Orlando and announced new leadership, and John Wettach, president of the Opera Orlando's board of directors, promises, "There will be powerful changes in every aspect of how we do business."

Lyric baritone Gabriel Preisser (who was once featured on opera hottie blog BariHunks – sorry, Mr. Preisser; SEO's a bitch and you're never gonna escape that one) has been named executive and artistic director of the newly renamed organization. Supporting his efforts as Opera Orlando's general director will be bass-baritone Vincent Connor. Both men are Florida natives as well as experienced operatic performers (not a necessity for leadership of an opera group, but it can't hurt).

"Vince and I both feel that the key to exciting audiences and building the future for our art form depends on breaking new ground in the presentation of our repertoire," said Preisser in a release. Connor added, “We'll start things off this spring with 'Boisterous Beginnings,' a series of special programs, presentations and performances that will prepare the community to enjoy and appreciate what we'll have on stage."

Check out upcoming shows and events at their refurbished website, OrlandoOpera.org.

It's been seven years since the Orlando Opera hung it up, and Florida Opera Theatre did an admirable job of preserving the flame for local opera lovers in that time. Now, with a new music director at the Orlando Phil and new performance spaces available (Orlando Phil's Plaza Live, gradually being renovated, and the Pugh Theater at the Dr. Phillips Center), it makes sense for them to take cautious steps toward expansion. Whether Orlando will ever have an opera company along the lines of the old Orlando Opera again remains to be seen, but in the meantime it's encouraging to see Opera Orlando taking a deep breath.