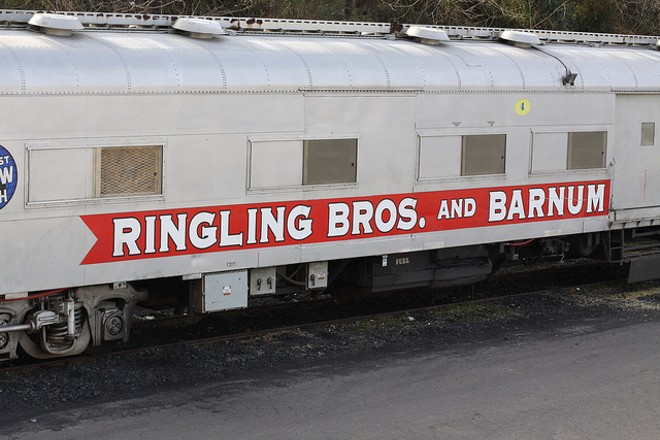 A couple hundred Ringling Bros. and Barnum & Bailey performers were stuck without any water Wednesday afternoon because of a broken down train.

While at a stop on the westside of Jacksonville, the circus troupe's train was unable to access the fire hydrant needed to refill its water supply because of a malfunctioning train blocking it.

In response to the thirsty performers on board, the Jacksonville Fire and Rescue Department delivered 1,000 gallons of water to the locomotive, as reported by First Coast News.

"Normally, when the train arrives, we connect to local water," says Stephen Payne,  the Vice President of Corporate Communications at Feld Entertainment, the company that runs Ringling Bros. and Barnum & Bailey.

Payne insists that this is more of an inconvenience than an incident, given that the water is primarily used to run the faucets.

The show's animals had been dropped off at the Veterans Memorial Arena before the scheduled water stop. Barnum & Bailey have scheduled shows in Jacksonville from Thursday through Sunday, Jan. 24.