Rising new Tampa murderers Meatwound were the band I was most pumped to see on this bill (Jan. 22, Will’s Pub) but I’ve written tons about them since getting demolished by them last year – like this and this – and don’t have much new to say about them so soon. Same goes for Miami headliner Torche. But the sheer blunt force of the former and the rocketing thrill of the latter are still beautiful things that never get old.

Baltimore’s Jeff Carey, however, was an especially curious act. Like Author and Punisher’s little gamer brother, he rips extreme digital noise with a weird-ass rig commanded by pads, boards and a joystick. At least a few nerds probably just wet their pants right now. 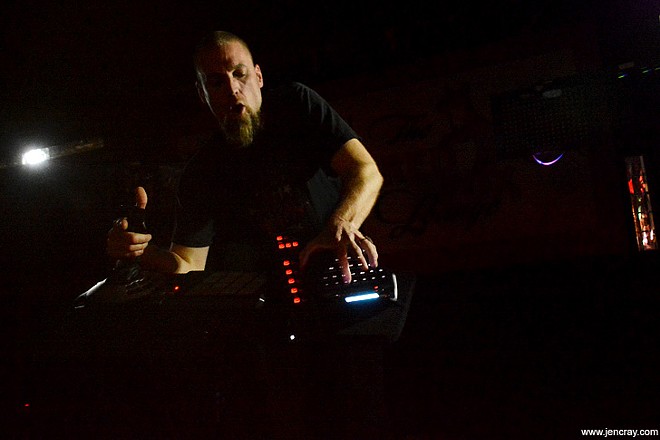