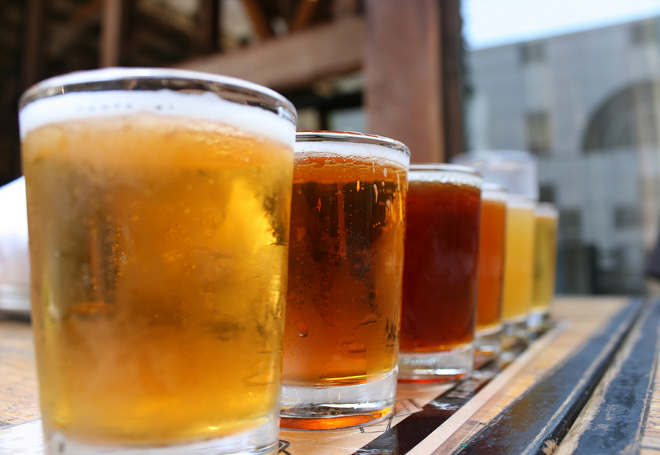 You know what's super awesome about modern beer culture? You don't have to travel more than a couple of miles to still get to taste brews from all over the country (nay, world!), including smaller breweries who don't have their own brick-and-mortar storefronts yet (or who don't intend to get one ever).


Here are a few tap takeovers from local spots in town featuring beers from Fort Lauderdale to Asheville.

The Brass Tap Turns One! — The Brass Tap, Jan. 27 (all day)
If you can believe it, the bastion of brewskies at Mills Park is already a year old, and they're celebrating by partnering with Highland Brewing Company out of Asheville, North Carolina, for a not-to-be-missed trivia night with plenty of amped-up prizes to commemorate the occasion.

Central 28 Tap Takeover — Oblivion Taproom, Jan. 28 at 4 p.m.
Even with the sad news that one of our favorite crazy-burger and brew joints is shutting down on Jan. 31, the Central 28 tap takeover will still go off without a hitch, featuring four brews from the DeBary brewery.

Bourbon County Tasting — World of Beer - Downtown, Jan. 30 at 3 p.m.
Yes, beer nerds. We know that Bourbon County is just an imprint of Goose Island, which is owned by Anheuser-Busch InBev, but that doesn't take the shine completely off the menu at this super-limited event. You'll get to try a vertical tasting of three vintages of their signature stout, along with their coffee stout, barleywine, rye ale and more. Plus, the kitchen is cooking up some really nice snacks to pair with the beers, like a coffee-rubbed sirloin to go with the coffee stout. Tickets are $75 a head, but are super-limited, so call 407-270-5541 now if you're interested.

Stout Out — World of Beer - Downtown, Jan. 30 at 3 p.m.
Didn't get a ticket to that Bourbon County tasting, huh? WoB is still throwing together an all-stout tap takeover for you plebs with stouts from Bell's, Founder's (Breakfast Stout all day, son!), Left Hand, Crooked Can, Great Divide – well, you get the picture. You'll have to get your pairings a la carte, though.

5th Annual Battle of the Brews — Whole Foods Phillips Crossing, Feb. 6 at 4 p.m.
One of your dreams is to judge a beer contest? You're in luck. At this bracket-style event, you'll taste eight beers and have the opportunity to vote for your favorite. Then, buy a six-pack of your fave to watch during the Super Bowl the next day. Get there early to snag your seat as a judge.

DeLand Craft Beer Festival — Artisan Alley, DeLand, Feb. 6, 1-5 p.m.
The big event of Volusia Beer Week, which is totally a thing, features 100 different breweries serving up more than 350 varieties of beer, including more than 50 Florida breweries. Tickets include unlimited samples of rare, vintage and cask brews, along with a brewing demonstration provided by the Sanford Homebrew Shop.