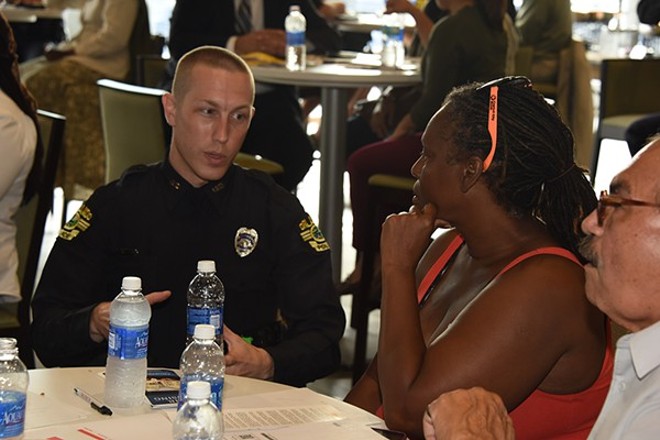 On Feb. 16, the city of Orlando and the Valencia College Peace and Justice Institute will hold the third Orlando Speaks workshop. At the first two such events, held in September and October 2015, Orlando Police officers were seated at tables with city residents who were encouraged to tell their stories about their experiences interacting with police. Response to the events has been mixed – while some people appreciated the opportunity to have a dialogue about excessive force and tension between police officers and the community, there was a protest outside the first Orlando Speaks at which activists said that the event was not truly open to all stakeholders.

People are invited to RSVP to participate in the third workshop, being held Feb. 16 from 6:30 to 9 p.m. at Howard Middle School (800 East Robinson Street). You can RSVP via Eventbrite at this link, or you can call the city's Office of Community Affairs and Human Relations at 407-246-2550 to reserve a space. As of this writing, there were 122 spots still open. Participants are asked to arrive at the venue by 5:30 p.m. and to plan to stay for the duration of the event.