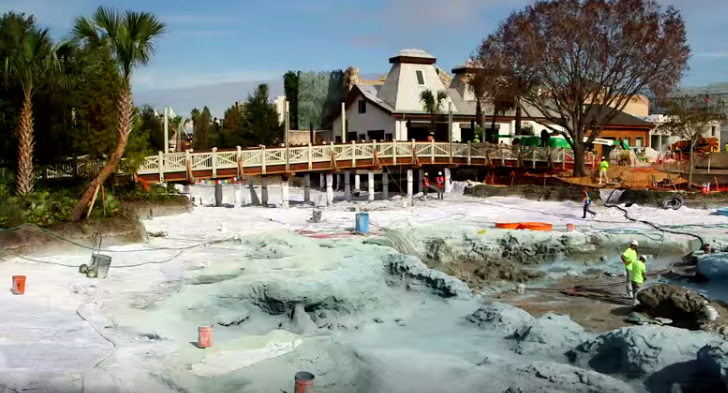 Disney Springs is finally living up to its namesake. The company announced it would be recreating a natural Florida spring for guests to enjoy while meandering around the shopping center.

Announced back in January, this new bubbling spring will be located in the Town Center and will come with a new storyline, just in case guests grew suspicious of a body of water magically appearing amongst the shops and restaurants.

According to the Disney Park blog, the legend goes something like this:

"More than a century ago, this spring attracted the first settlers and over time, the town of 'Disney Springs' grew around the spring, eventually creating three additional neighborhoods: The Landing, Marketplace and West Side – each with its own distinct charm."


Building a "natural" spring from scratch isn't easy. The question for the Disney Imagineers then became how to create an authentic looking Florida spring. The answer, of course, was to use science, research and technology.

Yes, after seeing the majestic natural beauty found in several trips to Florida's springs, Disney engineers decided to channel the ideals of the pioneers from their made-up storyline and use new pool-making technology to create a spring with a more "authentic" feel.

This technology included painting the areas with pigmented concrete, accenting colors with different shades of glass and sculpting cypress tree roots along the banks.

So far, no completion date has been announced.