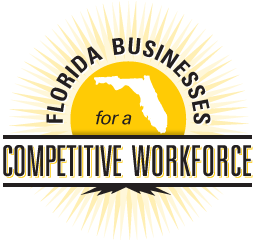 A bill that would bar discrimination in jobs and housing based on sexual orientation and gender identity stalled Monday at its first-ever committee hearing in the Florida Legislature, but it is expected to be reconsidered.

The Senate Judiciary Committee deadlocked on what is known as the "Competitive Workforce Act." A tie vote typically kills a bill, but a procedural move Monday would allow the bill to be heard again by the panel, which meets Tuesday.

The bill (SB 120), filed by Sen. Joseph Abruzzo, D-Boynton Beach, would update the Florida Civil Rights Act of 1992 to add protections for lesbian, gay, bisexual and transgender people in the workplace, public housing and other public accommodations.

Although the proposal had been kicking around the Capitol for roughly a decade without a hearing, senators offered little resistance to the idea that LGBT workers should be protected from job discrimination.

Instead, most of the discussion focused on whether the bill would permit biological males to use public restrooms intended for women and girls.

"We're caught up in bathrooms," Sen. Jeremy Ring, D-Margate, said dryly. "My guess is the transgender community has used the bathroom before."

But the question dominated the discussion.

"There's not a soul on this committee that wants to discriminate against anyone," Sen. Wilton Simpson, R-Trilby, said. "I'm all in favor of business treating people fairly and accommodating people. (But) the second we go to other public accommodations … you could have a lot of weirdos doing weird things in bathrooms, with men or women, and you could have lots of civil lawsuits pertaining to this. … It has nothing to do with someone's sexual orientation."

Simpson said the matter was pressing for him and many others, noting that he has a wife, daughters and granddaughters.

“Our argument is that this is about the state's economy and vitality of our economy," said Patrick Slevin of Florida Businesses for a Competitive Workforce. "So this is not about flag waving and rainbows. This is a green flag of profitability and a flag of doing the right thing for our employees.”

But the bill faces strong opposition from social conservatives such as John Stemberger of the Florida Family Policy Council, who said it would do nothing to stimulate the state's economy.

“It is a fake argument," Stemberger said. "If they want to argue special rights for gays, then let them make that argument. But let's not deceive Florida into thinking this is somehow going to stimulate our economy and bring jobs here, because it's really not.”

The bill's supporters backed an amendment by Sen. David Simmons, R-Altamonte Springs, whom Abruzzo had asked to help resolve the question of public accommodations and other issues.

After working with a number of the parties, Simmons offered an amendment that restricted "gender identity" to "a defined circumstance … that has been the subject of medical care and treatment."

The bill's backers said no local jurisdictions with their own LGBT protections had seen significantly increased lawsuits.

However, Anthony Verdugo of the Christian Family Coalition of Florida said private companies with LGBT workplace protections had been the scene of male attacks in women's restrooms.

"There is no way to enforce this," Verdugo said.

After the meeting, committee Chairman Miguel Diaz de la Portilla, R-Miami, said he might be open to considering the bill with its workplace protections intact but not its public accommodations provisions.

"I'd have to think about that," Diaz de la Portilla said. "I think Sen. Simmons worked really, really hard to come up with something that addressed some of the fears and concerns that some people had. But that (the bill) didn't get a majority vote on this committee."

However, Carlos Guillermo Smith of the LGBT advocacy group Equality Florida said his group "would not support a Competitive Workforce Act that does not protect transgender Floridians."

The House version (HB 45), filed by Rep. Holly Raschein, R-Key Largo, has not appeared on a committee agenda.