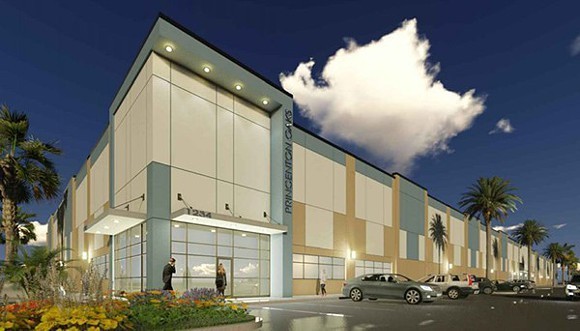 After a contentious debate with residents, Orlando City Commissioners approved changing zoning and future land-use designations for a 123-acre parcel proposed to have an industrial park called Princeton Oaks.

Residents and local environmental groups opposed to the 1.03 million-square-foot project near WD Judge Drive and North John Young Parkway because it contains 36 acres of wetlands that are part of the Little Wekiva River Watershed, and because they argue it would be a nuisance in their neighborhood. The project's developers, CNL Commercial Real Estate and VHB say the project would conserve 27 acres of wetlands and would bring much-needed jobs to the area.

After a quasi-judicial hearing in November, the hearing judge denied nearby resident Wanda Jones' petition against the project. In December, residents joined with Speak Up Wekiva, whose director Chuck O'Neal told us he was speaking with The Trust for Public Lands to create a Wekiva Headwaters Park.

Speaking for the developers, attorney Becky Wilson says the project would create about 2,300 jobs, with about 1,088 construction jobs and 1,320 permanent jobs. Commissioner Regina Hill, whose district includes Princeton Oaks, says she supports the project because she wants to see a "generational change" in the Mercy Drive corridor through this increase in jobs.

Jones and other residents disagreed, saying the project would decrease their property values,  impact their health and would be an environmental injustice.

"We’re always promised jobs, but there's nothing guaranteeing us we’ll have those jobs," nearby resident Cynthia Harris says. "You don't know what's best for us. You're not there...As poor people we don’t have the economic resources to file these suits, we don’t have knowledge about what protects us. But things are going to change."

After back-and-forth verbal jabs between commissioners and residents that lasted almost two hours, the council finally approved the ordinances.