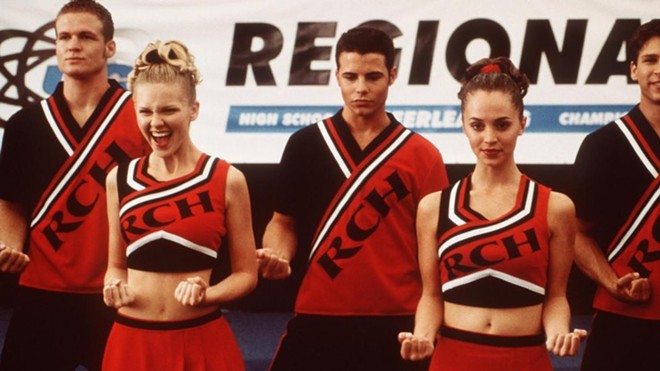 Central Florida has long been a mecca for cheerleading (just look at how often the Bring It On series ends up here). While Bring It On seems focused on Daytona Beach and Universal Orlando the majority of local cheerleading happens at Walt Disney World.

A new 286,000 sq. ft. building designed specifically for cheerleading and dance will provide a new one of a kind facility for these popular events. The facility is designed as a flex space that can host up to 8,000 people or up to 6 tournament style courts for basketball or volleyball. Along with the massive central space, the building will house concessions throughout. Specific warm-up and practices areas will be housed in the new multi-story building.

A 100-lane bowling stadium with a restaurant was originally planned for the area where the cheerleading and dance facility is now being planned. The bowling stadium was announced in 2008 but was put on hold almost immediately due to the recession.

The new cheerleading and dance facility construction will also include a new box office and entry gate into the Wide World of Sports. The parking lot at the complex will also be expanded. Varsity Spirit, who host their annual National High School Cheerleading Championships at the WWOS, helped design the new facility. The Varsity Spirit national championships is one of the leading national events, drawing in more than 650 teams from across the country. The championships have confirmed they will be staying at the Wide World of Sports.

Cheerleading events, while concentrated on the Wide World of Sports, have been hosted throughout Disney World. One of the more popular venues for events has been the Indiana Jones stunt show stadium at Hollywood Studios. The announcement of the new WWOS’s facility has many fans believing the end is near for the Indiana Jones show. While many attractions in Hollywood Studios have closed, the coming extreme redo of the park will surely (dear God please) include the dated stunt show.

The Wide World of Sports continues to grow in popularity even as the Atlanta Braves look to move their Spring Training quarters. The 220-acre complex has proven to be a popular way to bring scores of teams to Disney World, many of which opt to stay on property and visit the parks while there.