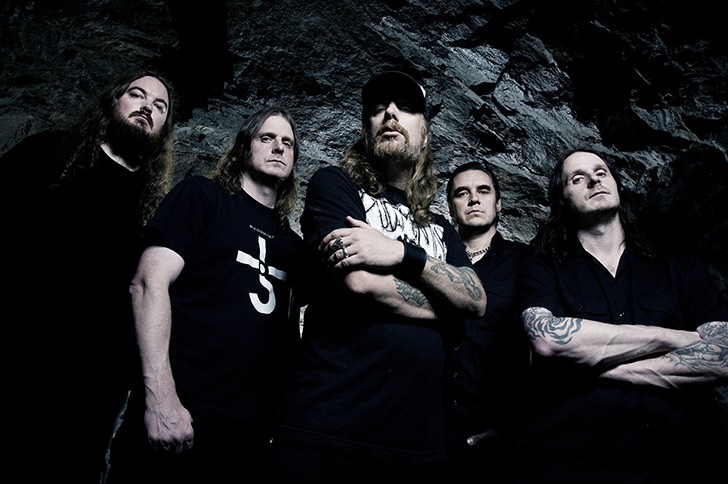 Twenty years ago, Swedish death metal band At the Gates released Slaughter of the Soul, an album that quickly established itself as a pre-eminent genre document. Had the band stopped then, they would have been remembered as one of the most important melodic death metal bands in history. And, well, they did stop then, imploding under the typical pressure of personality and creative conflicts. Most of the band splintered off to become the Haunted, carrying on AtG’s legacy in a faster, more aggressive and less melodic context, while the ’90s and 2000s served to further cement At the Gates’ legend. Of course, the band reunited (twice!) all while proclaiming there would never be any more new music recorded under the At the Gates moniker, and, of course, that was a lie. Thankfully, 2014’s At War With Reality album was a high-quality work that neither tarnished nor revised the mark left by Slaughter of the Soul, so now At the Gates is in the unusual and enviable position of being that rare extreme metal band that can trade equally on nostalgia and new material.