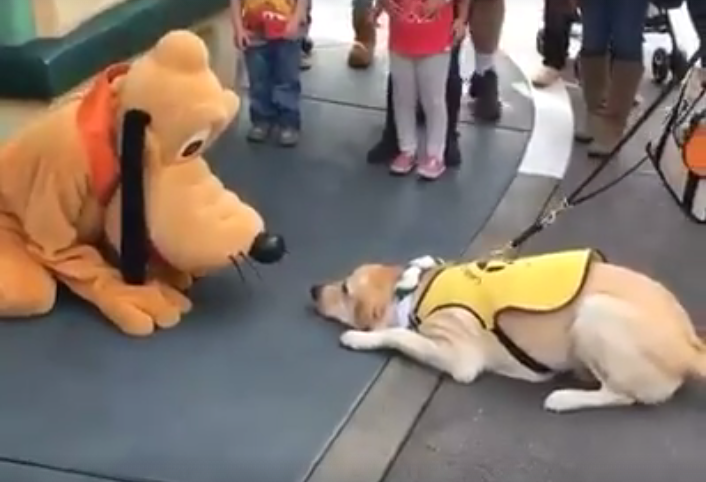 Every dog has his day, and Ace, a Guide Dog of America in training, got his when he met his hero Pluto at Disneyland.

The magical encounter occurred in December of 2015, when Ace was visiting the California theme park for a few hours as a socialization experience, according to the Huffington Post.

Although his volunteer trainer Sandy Steinblums said that the pup needed to be properly corrected for his impulsive behavior during the meeting, Ace still has six to nine more months to learn before he becomes an official guide dog.

At least he didn't go for the butt-sniff.

So Cute!!! Service Dog in training gets to meet his favorite character Pluto!