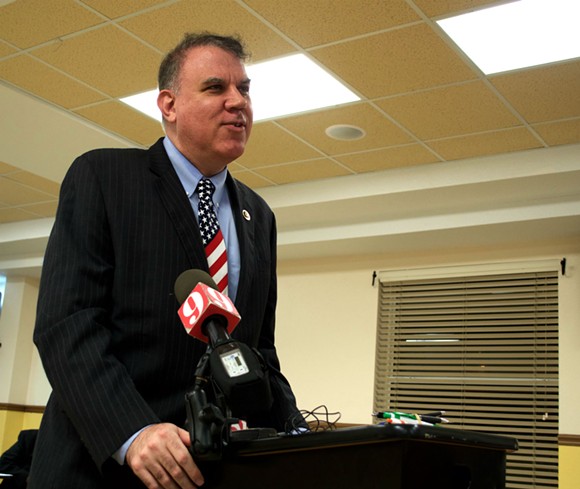 A day after The New York Times released a lengthy investigation Thursday about how U.S. Rep. Alan Grayson's hedge fund work interfered with his congressional duties, U.S. Senate Minority Leader Harry Reid is calling on the Orlando Democrat to drop out of the Senate race.

The Associated Press reports the Nevada Democrat said in a statement Friday that Grayson "claims to be progressive but seems to have "no moral compass." He said Grayson used his office to unethically promote a hedge fund that until recently had been based in the Cayman Islands."

In the Times article, Grayson blamed Democratic leaders of undermining his campaign so U.S. Rep. Patrick Murphy, D-Jupiter, can have a better chance of winning the Democratic nomination and ultimately, win current U.S. Sen. Marco Rubio's seat. Earlier Friday, Grayson's campaign released a statement slamming Murphy over a $50,000 donation that went to a pro-Patrick Murphy Super PAC, which has ties to a donor who Grayson says would have benefitted from a bill Murphy supported two years ago, according to the Tampa Bay Times.

"His actions aren't just disgraceful to the Democratic Party, they disgrace the halls of Congress," Reid told the AP.

UPDATE: Grayson put out his response to Reid this afternoon, saying he was running against a “rigged system,” so it came as no surprise to him that Reid would try to pressure him out of the race.

“The reason why he is making such an absurd statement at all is that he knows that I’m well ahead in the polls and heading for a strong primary victory,” Grayson says. “Sen. Reid may well prefer corrupt Establishment errand boy Patrick Murphy, who routinely sells his vote to Wall Street lobbyists, and just last week hid from voting on his own bill providing amnesty to white-collar criminals...Now he is personally attacking the clear choice for Florida Democrats, making the party into a circular firing squad.”

Grayson again condemned the Times story, saying it was “replete with misleading statements, innuendo and outright lies,” and again denied any wrongdoing.

“I resent the attack on my ‘morality,’ and I question the morality and judgment of any elected officials, much less one in my own party, who would sink so low as to engage in such a smear,” the statement continues. “Thank goodness that he will be gone from Washington, DC when I am sworn into the Senate. “