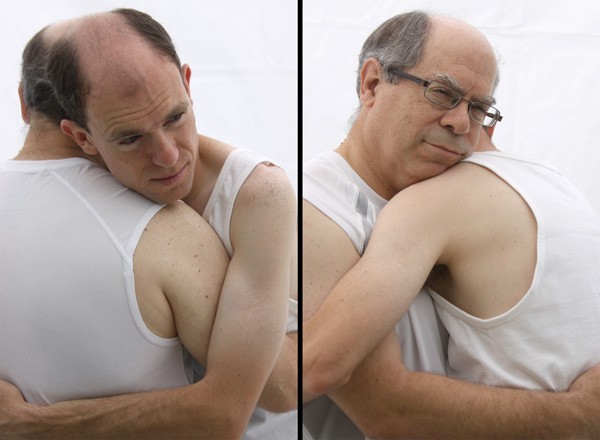 Whenever we think of Brian Feldman, we think of him as an indomitable artistic spirit with a mind rooted squarely in the civic good.

In 2009, to point out how dangerous Orange County's roads are for pedestrians, he staged "Pedestrian, or Walking: Impossible," in which he crossed 12 of the region's most dangerous intersections.

In 2010, to prove how asinine Florida's laws forbidding gay marriage were, he performed "Brian Feldman Marries Anybody," in which he promised to legally marry any woman who showed up at the Orange County Courthouse at a specific date and time. He married a woman named Hannah Miller, and the two annulled the union in January 2011.

In 2011, he created a performance piece called "24 Hour Embrace," in which he and his father engaged in a full-body hug for 24 hours straight.

In 2012, Feldman moved to Washington, D.C., with his then-girlfriend, who had accepted a job there, and he didn't miss a beat. He continued to stage performance-art pieces in the District and has occasionally returned to Orlando – both to visit and to share his art (see this update from 2015, in which he performed a 24-minute hug with his mom for Mother's Day).

Over the weekend, Feldman was jumped while getting off a bus with his bike. He was beaten and kicked until he was unconscious, and he's now in a Washington, D.C.-area hospital recovering from a concussion, a broken nose and broken vertebrae. He has a Go Fund Me started to help him pay for the medical bills he's incurring, which says he's lucky to be alive.

From the Go Fund Me:

I'm sure he would love to hear from all of you. And if you would share this information with others that would be great as well. He could really use help in as many ways as possible. He's going to be out of work for quite a while and has already built up a large sum of medical bills.


If you haven't talked to Feldman in a while, maybe this week would be a good time to reconnect and tell him how much you appreciate him. Even the indomitable spirits need to know we care sometimes.