Just when you thought you could get "Let It Go" out of your head, Frozen will be returning to the Magic Kingdom this summer in the debut of the park's new live stage show, Mickey's Royal Friendship Faire.

The production in front of Cinderella's castle will feature Mickey Mouse and his friends, as well as characters from some of Disney's other new films, The Princess and the Frog andTangled.

Guests can expect to see Tiana, Naveen, Louis, Rapunzel, Flynn Rider and, you guessed it, Anna, Elsa and Olaf, as Mickey and the gang gather their new friends for a grand festival.

In “Mickey’s Royal Friendship Faire,” Mickey and his troupe of Merry Makers have been preparing to host a joyous festival and have ventured far and wide to invite friends from other lands to join their celebration.


The show will feature an original song, music, dancing and "special effects magic."

This also marks the first appearances of Tiana and Rapunzel in a show on the castle stage.

Mickey's Royal Friendship Faire will be replacing Dream Along with Mickey, Disney's first production with articulated characters, which debuted back in 2006. 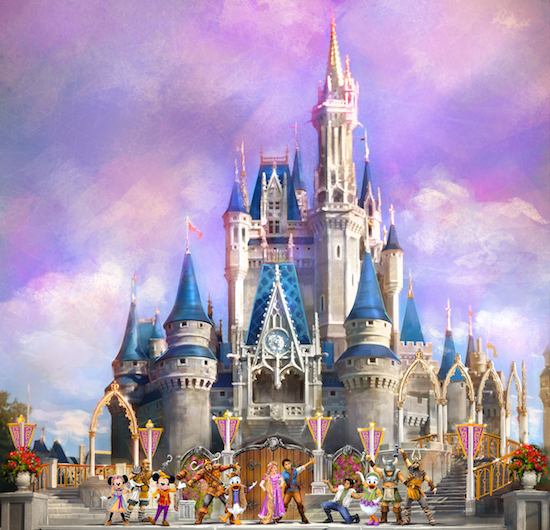