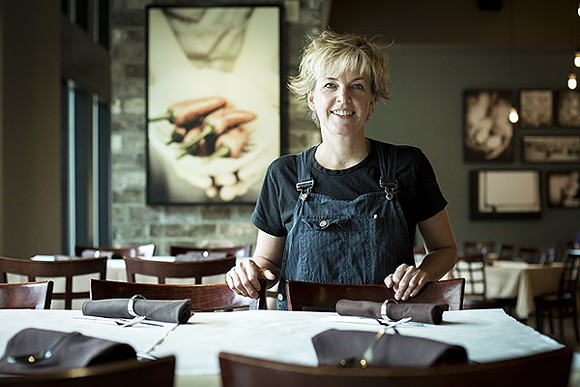 The list of semifinalists for 2016's James Beard Awards has been announced, and four local chefs from three restaurants made the cut for the "Best Chef: South" nod. Congratulations to Kathleen Blake of the Rusty Spoon, Scott Hunnel of Victoria & Albert's, and James and Julie Petrakis of the Ravenous Pig, who are among the 20 semifinalists in the region.

In 2014, the year that the James Beard Foundation live-streamed the semifinalist announcements from East End Market in Orlando, eight Florida chefs – including the Petrakises, Pulapaka, and chef Henry Salgado of the Spanish River Grill and Txokos Basque Kitchen – were semifinalists.

No Central Florida chef has been named Best Chef of the South or Southeast region, though South Florida has represented over the years: Michael Schwartz of Michael's Genuine Food & Drink (Miami) won in 2010, Michelle Bernstein of Michy's (Miami) won in 2008, and in 1997 Norman Van Aken won for his first iteration of Norman’s in Coral Gables (the Orlando location is considered the Norman's "standard-bearer" now).

Full list of JBF semifinalists for Best Chef: South
See other nominees in all categories here.