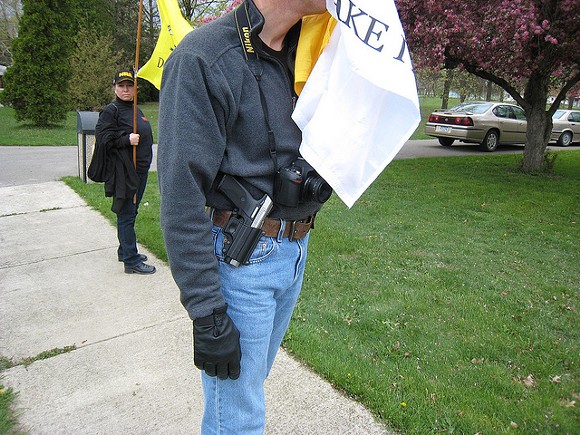 If you long for the day when you can clip your gun to the outside of your Wranglers, keep dreamin'.

On Tuesday, February 16, Miami Republican Sen. Miguel Diaz de la Portilla announced that the proposed bills to allow open-carry in Florida, and another bill that would allow guns in airports, are now officially dead.

The open-carry bill had already passed in the House earlier this month, but according to the Miami New Times, Diaz de la Portilla, a moderate Republican who is also the Senate Judiciary Committee chairman, killed the bill, which is something he totally has the power to do.