Police in Tampa and Miami may boycott upcoming Beyoncé concert 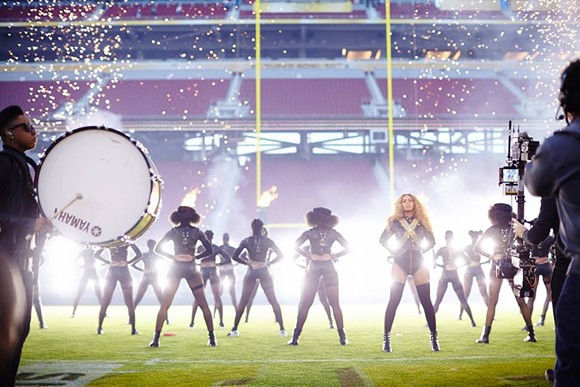 A large handful of police officers have been in an uproar since Beyoncé's controversial Super Bowl performance and the release of her new song Formation, which many claim are anti-cop.

The offended officers have taken to law enforcement blogs to voice their displeasure, but some are taking more drastic measures by boycotting Bey's concerts altogether, and refusing to take off-duty security details at the shows.

According to the Tampa Bay Times, the Fraternal Order of Police in Miami is planning to boycott Beyoncé's April 27 concert in the city. The officers are asking other law enforcement labor unions to join in, and some are answering the call.

In Tampa, some local cops have posted fiery comments attacking Beyoncé and her upcoming Tampa concert at the Raymond James Stadium in a "Tampa Police Department" on an online law enforcement forum.

In a post entitled "stand up for racism, intolerance and hate," one anonymous commenter wrote:

"Go out and buy, download, whatever, any music by Be-othche. Go out and purchase your tickets to her traveling circus of hate and anti-police celebrations. Sign up for all that extra-duty that will be available for this event. Support the nasty trash that believes that she is entitled to everything! Lets donate to her cause so she can go out and post the bail for the next set of street thugs who riot and destroy another city!"

He added that if a Queen B boycott does happen in Tampa, the department would just have to use on-duty officers to work the concert.

Formation's music video makes several references to the Black Lives Matter movement, and in one scene features police officers confronting a young black boy in a hoodie before panning to the words "Stop shooting us."

Her Super Bowl performance also raised eyebrows because of the outfits worn by her dancers, which were reminiscent of outfits worn by the Black Panther Party, an organization born in the 1960s to combat police brutality, but one that also committed violent acts.

Earlier this week, the National Sheriffs' Association Executive Director Jonathan Thompson told The Washington Post, "It's inciting bad behavior. Art is one thing, but yelling fire in a crowded theater is an entirely different one."