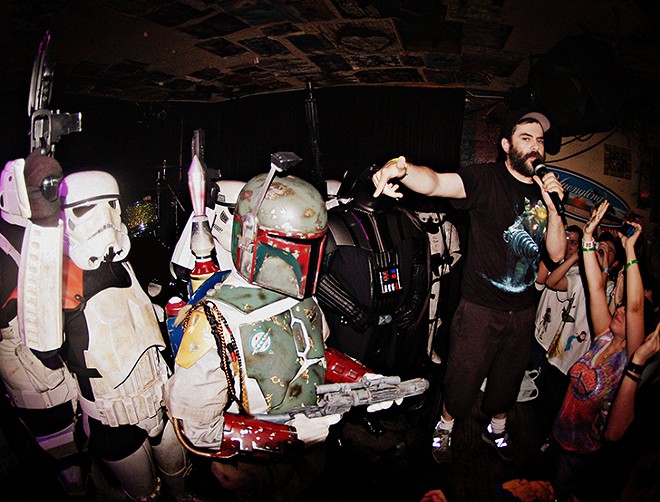 MC Chris didn’t just suck in a bunch of helium and then step up to the mic – that’s actually how his voice sounds. Now that the 40-year-old nerdcore hip-hop pioneer has gotten over the “nerdcore” label, he’s more focused on his rap game than ever – when he isn’t changing his new baby’s diapers, that is. He might rap about some typical geeky stuff like comic books and Star Wars, but a lot of his beats are pretty dope, and the fact that he self-releases his discography in a harsh music economy earns a lot of respect. This Thursday, see, hear and feel MC Chris shake the walls of the Social in anticipation of his new album about Batman villains, Foes All Fall, due out this fall.