Donald Trump is coming to Orlando on Saturday 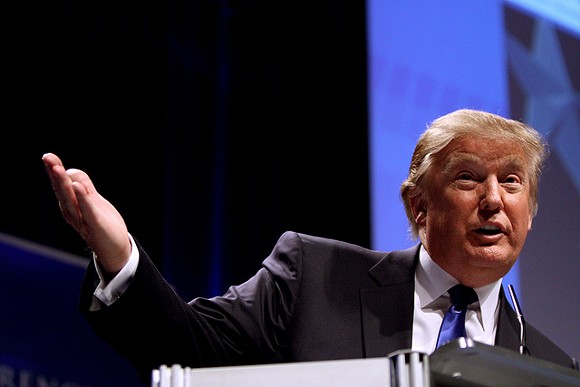 Donald Trump, a man who doesn't have an opinion on the KKK, will be gracing the masses of Orlando this Saturday, March 5.

The free event will be held at CFE Arena and doors will open at 9 a.m., although Trump won't be making an appearance until around noon.

You don't have to pay to hear Donald Trump, or more accurately "Donald Drumpf" speak, but you do need to register for a ticket prior to showing up.

This isn't Trump's only visit to the Sunshine State this week. Tonight, he will be in Palm Beach at a press event for Super Tuesday, according to his campaign schedule.

After Saturday's rally, he'll be traveling to Fayetteville, North Carolina, where he's expected to speak on Wednesday, March 9.

There's no word yet on what Trump will address at his Orlando rally, but if it's anything like the ones he's held in the past, he'll probably enter to the tune of Twisted Sister's, "We're Not Gonna Take It," whose lyrics are ironically on point: "You’re so condescending/ Your gall is never-ending/ We don’t want nothin’, not a thing from you.”