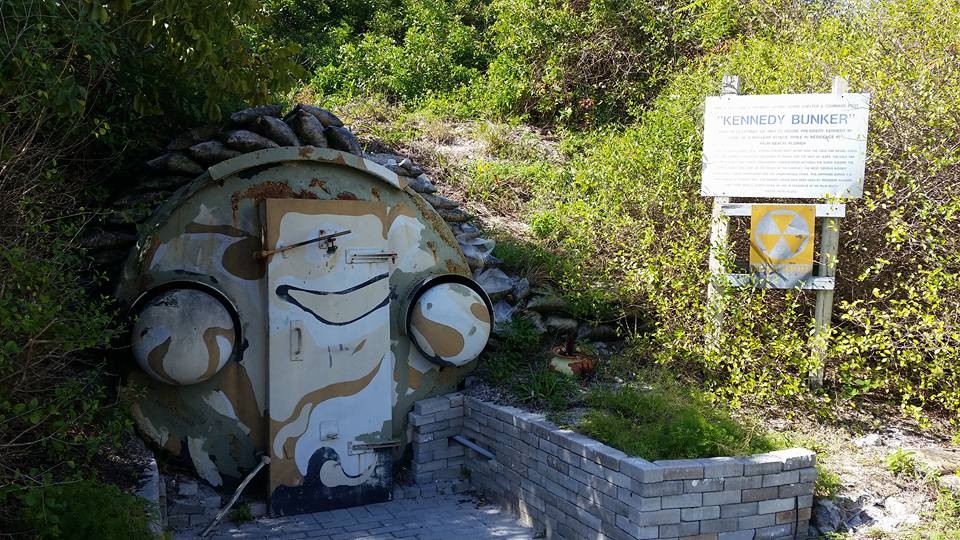 When a fallout bunker was constructed in Florida for John F. Kennedy, chances are no one thought that money, not a missile, could lead to its destruction.

The shelter, located in Palm Beach County, is on the verge of being financially bombed out of the hands of its current operators, writes WPTV.

The spot is being leased out to the Palm Beach Maritime Museum, but the man-made island it resides on, Peanut Island, is owned by the Port of Palm Beach.

This 20-yearlong battle has been overflowing with accusations, reports the Associated Press:

Anthony Miller, who operates the site for the museum, said the port's commission and Palm Beach County have blocked attempts to make the attraction financially stable. He said the commission thwarted a $500,000 grant last year. The county limited the number of weddings that can be performed at the picturesque Coast Guard boat house to three per year, down from 30, and banned the construction of a restaurant. The site's $200,000 annual maintenance budget is barely covered by admissions and donations, he said. The maritime museum's lease ($100 a year, plus 4 percent of gross sales) ends next year.

According to Miller, the port plans to destroy the bunker once its lease is up in 2017, a claim which they refute. The port's lawyer, Greg Picken, claims that the museum is not making enough revenue to pay off its debts and that once the lease ends, the port will assign the bunker to a more qualified caretaker.

JFK's fallout shelter was made in 1961 to hold 30 members of his family and staff for a month, says AP, but it never served its purpose, which has now shifted to show tourists a recreation of the location.