The space was shopped around but, according to Nickell, he and Olivieri just couldn't part with it, and wanted to keep it in the family. Family in this case is Nickell's daughter Ashley, who's been holding her own with Mr. Ramsay on Fox's Hell's Kitchen.

She'll head up the kitchen at Restaurant ASH when it opens in May. In addition to being a play on her name, "ASH" is also an acronym for "Artisanal, Seasonal, Harmonious." 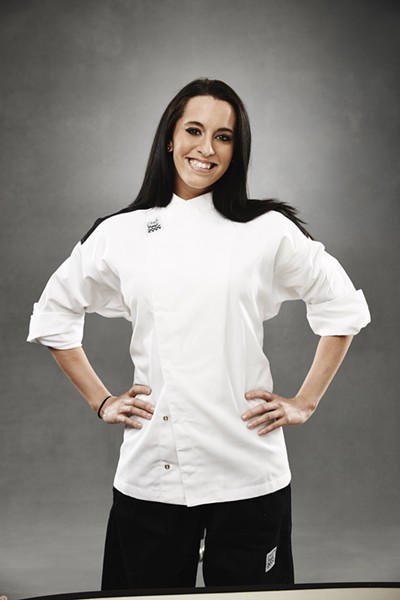 The restaurant is currently undergoing major reno, from the floors to the bathrooms, and will employ a decidedly less formal feel than its predecessor.

"Think the Carolina mountains," said Nickell. "There will be a burnt tinge to the decor to reflect the name of the restaurant, and a unique fire feature inside the restaurant."

As far as the menu is concerned, Nickell said it would be seasonal and feature the freshest of seafood, hand-cut steaks, house-ground burgers, and handmade pies and desserts.

Some items from a working menu Nickell shared with me include:
Nickell also promises local draft and craft beer selections as well as an amazing wine list (no surprise there). A monthly wine dinner series (an event put on by the local chapter of the Tasters Guild, which Nickell, Olivieri and Rhonda Beck direct) will also take place at Restaurant ASH.