WWE Wrestlemania 33 could be coming to Orlando in 2017 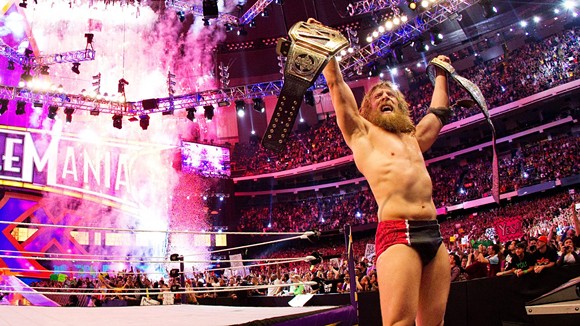 Get ready to rumble, Orlando.

According to rumors from various wrestling blogs, the Citrus Bowl will be the site of Wrestlemania 33 in 2017.

Although the WWE has yet to make an official announcement about the location, Wrestling Inc (one of the many blogs pushing this rumor) report that a press conference featuring Vince McMahon and John Cena will be held next Tuesday, announcing the location for the next Wrestlemania.

The Miami Herald reported last month that Orlando mayor Buddy Dyer traveled to Connecticut, where the WWE has its corporate offices, to lobby for the event.

Dyer told the Herald that he was there to put a bid in for Wrestlemania 33 in 2017 and Wrestlemania 34 in 2018. He said that WWE officials had narrowed the competition for 2017 down to Orlando and a handful of other cities.

The last time Wrestlemania was busting heads in the City Beautiful was 2008, where almost 75,000 people crowded the Citrus Bowl to witness the carnage live.

Since then, the Citrus Bowl has undergone a $200 million renovation, which has made it a more appealing place to put on camera, but has also cut the amount of seating available for fans.