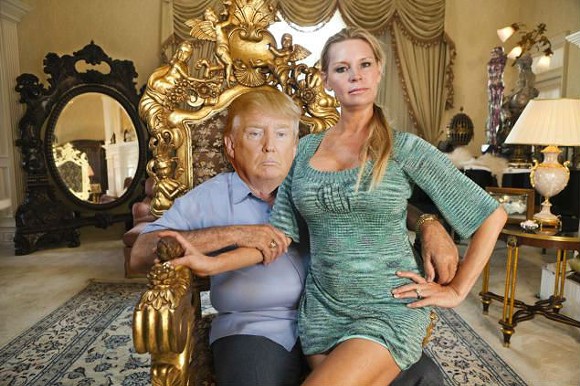 With Donald Trump in Orlando for a rally at UCF this weekend, now might be the best time to reflect on the weird fact that Jackie Siegel, star of Queen of Versailles and wife to real estate mogul David Siegel, went on more than one date with The Donald.

It's true, they were a thing, and now everything makes so much sense.

"We just went on a couple dates," said Siegel to Huffington Post back in 2013. “Like, he invited us to Mar-a-Lago and and to go to his parties and things like that. He’s a really great person. So much charisma. I’m so glad that we’re still friends.”
Maybe Trump will stop by Versailles to catch up with an old flame. Either way, we already know who The Queen will endorse...

Look who stopped by... Donald Trump has our vote! pic.twitter.com/f6PMhRTRYH