Orlando movie to screen at Cannes Film Festival this May 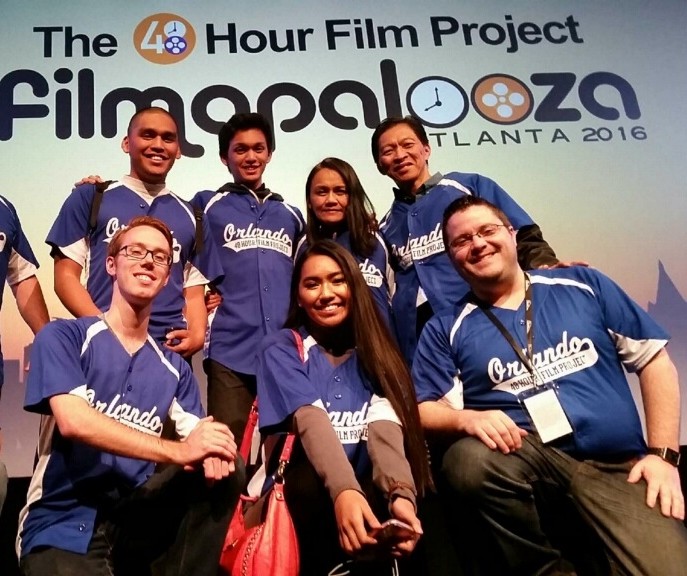 Wake Up, the movie that won the Orlando 48 Hour Film Project last August, will screen at the Cannes Film Festival in May.

The short film by local moviemaker Joshua Ortiz was selected as one of the 12 best city winners at Filmapalooza (the international competition for the annual 48 Hour Film Project) in Atlanta on Saturday. It is the first time an Orlando film has been picked.

“It still feels like a dream,” Ortiz says. “It is such an honor to be on the same list with films like [overall winner] Unforgettable [from Amsterdam, Netherlands] and Les Temps des Adieux [from Lyon, France]. I look back to that sleepless weekend in August [when the film was made], and I get emotional thinking about how well we worked together and enjoyed each other's company. … Spending the week at Filmapalooza was easily one of the best experiences of my life. I loved the camaraderie among the filmmakers, and it never felt like anyone was in ‘competition.’”

“It is such an honor for Orlando to be among the top 12 films representing the best out of over 4,500 entries from around the world,” Kyle Snavely, Orlando’s city producer, says. “This shows that filmmaking in Orlando, and Florida all together, is alive and well. Just think what we could accomplish as a city with the right tax incentives! I am very happy for Team Aja on Tour and their fantastic film, Wake Up. It was well received by all at Filmapalooza this year.”

So what’s next for Ortiz and his filmmaking team? While he’s hoping to visit Cannes to see his film, he’s also eager to participate in the process again.

“We are planning on joining the 48 Hour Film Project again this year in Orlando and possibly in one other Florida city. There really is nothing like the adrenaline rush that we all get from creating a short film in just two days.”

For more information on the 48 Hour Film Project and Filmapalooza, see our previous article.