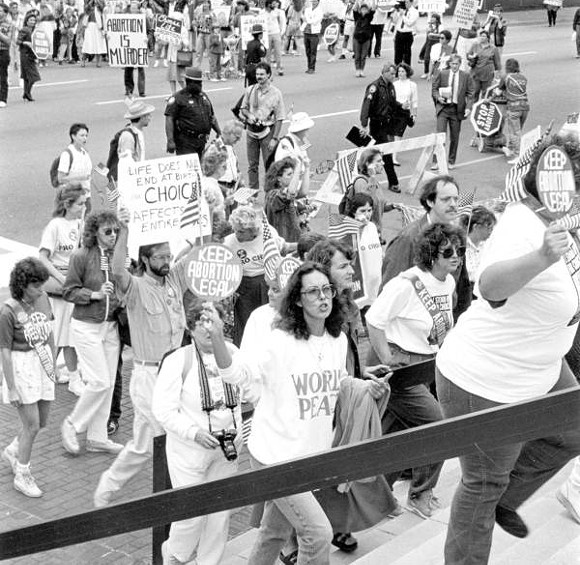 The Florida Legislature approved a sweeping bill Wednesday that would block abortion clinics from receiving state funding for non-abortion services like cancer screenings and require its doctors to have admitting privileges at local hospitals.

The bill, sponsored by Sen. Kelli Stargel, R-Lakeland, is similar to a Texas law that is currently being challenged in the U.S. Supreme Court because opponents argue it poses an undue burden on women seeking abortions. Activists call similar legislation Targeted Regulation of Abortion Providers (TRAP) laws because they impose requirements that single out abortion clinics.

Florida already has a law that stops taxpayer dollars from being used to fund abortions, but "about $200,000 from Medicaid are spent on testing for HIV and other sexually transmitted diseases, cancer screenings and preventative care at abortion clinics," the Times reports.

“The idea that those taxpayer dollars would go to an organization that performs abortions is simply intolerable,” says Sen. Rob Bradley, R-Fleming Island, according to the Times.

Aside from all the new regulations, the bill also creates tougher restrictions on the improper disposal of fetal remains and changes Florida's definition on pregnancy trimesters. The new definition would substantiate complaints filed by the Agency for Health Care Administration, known as AHCA, against five clinics it alleged performed second-trimester abortions without proper licenses.

As the lone Republican who voted against the bill, Sen. Nancy Detert, R-Venice, points out, the regulations won't end abortions.

A recent story from The New York Times shows Google searches for self-induced abortions reached 700,000 in 2015, and searches for abortion clinics reached 3.4 million. The searches include about 160,000 looking for how to get abortion pills, 4,000 asking how to do a coat hanger abortion and "a few hundred looking into abortion through bleaching one’s uterus and punching one’s stomach," the report says.

“The legislature cannot legally ban abortion – that is a woman’s constitutional right," says Michelle Richardson, the organization's director of public policy, in a statement. "Instead, they hide their true goal by disingenuously claiming they are protecting women’s health. In reality, this legislation has little to do with patient care and everything to do with anti-abortion politics. This bill is intended to do one thing: prevent a woman who has determined that she will seek an abortion from doing so."

At an Orlando breakfast reception for Planned Parenthood of Southwest and Central Florida on Wednesday, president and CEO Barbara Zdravecky says the Florida Legislature does not seem to understand that what they're doing is not legal.

"This area is one of the fastest-growing patient populations in the country, according to Planned Parenthood statistics," she says. "And we know that there is great need here particularly because we have a lot of people ineligible for Obamacare but who would probably be covered under health care if Medicaid expansion happened...We're being neglected by state lawmakers, both in terms of general health care for Floridians, and particularly for women with these onerous laws they're trying to pass.

Zdravecky added that Planned Parenthood does more to deter unplanned pregnancies than any other group in the country.

"If people really cared about women's health, they would band together with us," she says. "When we takes these things away from women, the consequences are going to be terrible for public health in America."