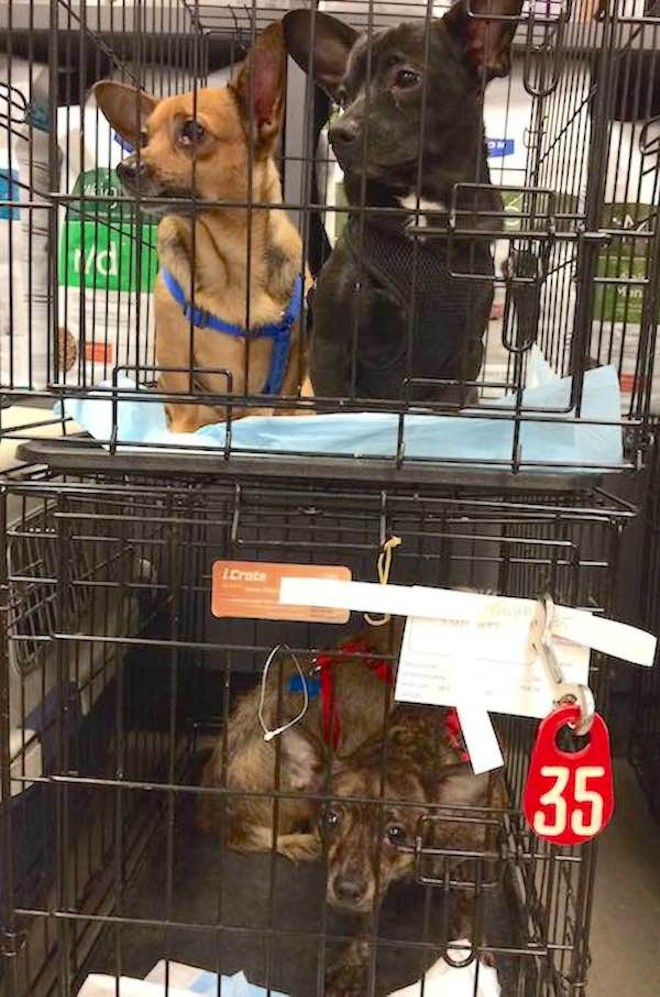 Imagine if there were a place just outside of downtown Orlando where people went to dump their dogs – a rural area where nobody would notice if a car pulled over, shoved a medium-sized brown dog from the backseat into the weeds and then drove off, leaving the confused animal to fend for itself. Not even if it happened multiple times per day, every day. Not even if the dog dumping became an epidemic that left dozens of dogs living in fields, roaming the countryside, growing skinnier and sicker all the time. 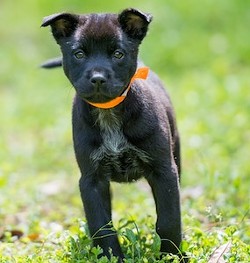 That’s what’s happening in an unincorporated area of Florida just outside of Miami known as Redland. The semi-agricultural area has developed a reputation as being the perfect place to dump unwanted pets – particularly given the fact that Miami Dade Animal Services is chronically overcrowded.

When people go to Miami Dade to turn in dogs, the shelter is packed and people are disappointed to learn that there are more dogs than there are kennels, says Rebecca Lynch, president of Orlando’s Poodle and Pooch Rescue of Florida, which just sent a group of volunteers to capture some of the abandoned dogs living in an area of Redland being called the Redlands Rock Pit. Shelter workers may suggest to people that, if they want their dogs to have a chance at adoption rather than euthanasia, they come back another time. “But if you are in a desperate situation where you have nowhere to go, you’re not going to hang onto them for another two or three weeks," she says. "And everybody down there knows about the Redlands.”

Lynch says that Poodle and Pooch decided to send 12 people to the Redlands Rock Pit after learning about it from a group of volunteers who work with animal rescues in the Miami area. She learned that there wasn’t much in the way of rescue support for the dogs who were being dumped, that Miami Dade County hasn't done anything to resolve the situation, and that a group of about six women have been visiting Redlands daily to help the animals stuck there – bringing them food and fresh water, attempting to capture the injured dogs so they can get veterinary treatment, trying to get rescues to come to the area to help catch dogs and transport them to safety. Lynch says that Poodle and Pooch sometimes helps dogs outside of Central Florida, so they committed to offering assistance to the Redlands Rock Pit Abandoned Dog Project. She says she had no idea how many dogs they’d manage to catch, but what they ended up with was astounding – within seven hours of being on site, Poodle and Pooch volunteers captured 52 abandoned dogs. Lynch says if they’d stayed longer, they could have easily brought home more.

Miami Dade Animal Services spokeswoman Lilian Bohorquez says that the shelter is an open-intake shelter that takes in 28,000 to 30,000 animals per year – that's about 500 per month. The shelter is always busy and full, but she says it never turns away anyone who wants to give up a pet and that animal-control officers are available day and night to pick up stray dogs. She says that the county is aware of the Redland situation, and officers routinely pick up stray dogs on patrols through the area. However, she says, rescue groups who are working on helping dogs in the Redlands area need to cooperate with the county if they want animal services to help.

"We have actually approached these groups so that they can give us the locations and addresses where they say that they find these dogs, and we don’t get any information from them about it," she says. "We would not have a problem picking up the animals if they groups who say the animals are out there would tell us where they are."

But Poodle and Pooch and other rescues say that the dogs are hard to miss. One volunteer posted to Poodle and Pooch's Facebook page that there were "dogs literally everywhere, running across roads, scrounging through trash piles and hiding in abandoned [agricultural] nurseries."

Lynch says she hopes that more rescues with resources and an ability to help will visit the Redlands site to get more of the dogs to safety. Every day, she says, local volunteers see dogs that are sick, injured, poisoned, shot or hit by cars. Some of them die out in the fields. One of the puppies that the rescue picked up during the trip tested positive for the highly contagious parvovirus, which can be deadly to dogs.

“Nothing could prepare me for what we saw in person out there,” she says. “It was like being in a Third World country," Lynch says. "Some of our volunteers even witnessed a person pulling up and tossing a dog out of the car, and the dog even chased the car when it pulled away. It was heartbreaking.”

The dogs that returned to Orlando with Poodle and Pooch are currently receiving medical care; as soon as they are cleared by veterinarians, they’ll be placed in foster homes and eventually put up for adoption. Right now, the rescue says, it could use volunteers interested in fostering a dog – that is, giving a dog a safe, temporary home, with expenses paid by the rescue – as the dogs become healthy enough for adoption. She says the rescue can match potential fosters with the right dogs for their situations, and all of the dogs will receive behavioral and temperament testing before placement.

“We need fosters,” Lynch says. “But even if you can’t foster, we need volunteers, we need donations, we need food. We need people to help care for the dogs we have taken in.”

If you’re interested in helping or donating, check out Poodle and Pooch’s website at pprfl.org and get in touch. “We’ve been inundated with phone calls, so right now, email is probably best,” Lynch says.