A man was arrested for allegedly placing his phone in his shopping basket and secretly recording explicit videos of underage kids at the Baldwin Park Publix.

27 year-old Scott Wesley was arrested for felony Video Voyeurism charges on two separate occasions. OPD was able to build a case after Wesley was caught through an eyewitness account and in-store security footage that showed the suspect recording up the skirts and shorts of kids between the ages of 5 and 13.

The first incident happened on Wednesday, February 3, between 6:20 p.m. and 6:35 p.m. According to the Orlando Police Department, a customer reported the incident to Publix management, who then reported it to OPD.

From the OPD affidavit:


David Gelalia witnessed the defendant, later identified as Scott Wesley Irwin inside the Baldwin Park Publix supermarket (1501 Meeting Place) video-recording unsuspecting young girls between the ages of 5-8 under their shorts or skirt. David observed the following:

The defendant was walking in the bacon/hotdog section of the store, carrying a Publix hand basket with what appeared to be a box of Saltine crackers inside. The defendant placed his cell phone inside the basket on top of the box. The defendant lowered the hand basket under the young girls cut off jean shorts as he walked past her. The defendant picked up his phone and looked at it.

The defendant followed another young girl, approximately 6-7 years of age, wearing a black skirt. The defendant approached the girl from behind and lowered the hand basket under her skirt.

David went to the service desk to report what he witnessed.


Wesley then returned to the store on Wednesday, February 4, and, amazingly, the same exact customer from the previous incident noticed him, and was able to got his license plate number:


David was back at the Publix supermarket and was about to checkout when heobserved the defendant walk in the store. David placed all of his items back in the shopping cart and followed the defendant to see if he would do it again. The defendant was carrying a hand basket with a box inside. The defendant started following a young girl between the ages of 13-15, wearing a baby blue colored tennis skirt and a white top in the produce section. David went around the other direction to get a better view but by the time he saw the defendant, he had already passed the young girl. The defendant was looking at his phone similar to what he was doing the first time he saw him video recording.

David immediately went to the manager, who just happen to be Doug and informed him the suspect was inside the store. David and the manager followed the defendant to his car. Doug obtained a tag number. The defendant was driving the same gray Nissan Titan with a “UCF” sticker on the back window and a University of Florida tag.

The Orlando Police Department noted that this is a great example of "If you see something, say something," and went on to praise the customer who spotted Wesley. 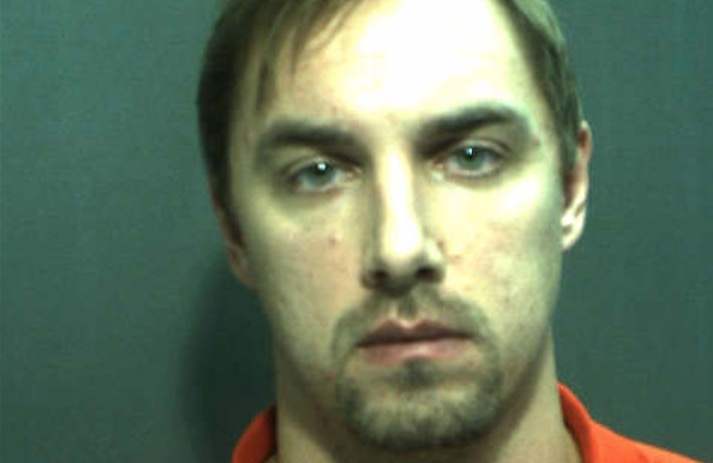