Bill Clinton: 'It would be a good thing to have a woman president' 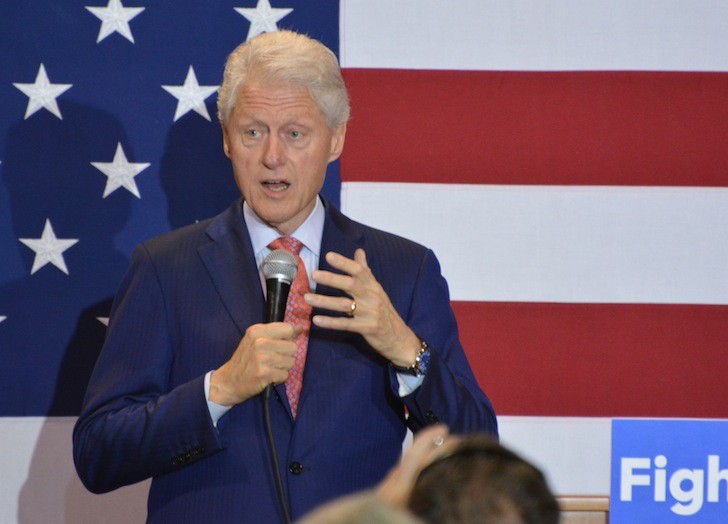 Making the case for his wife's presidential campaign, former President Bill Clinton told a rally at Rollins College that Democratic candidate Hillary Clinton is the "best changemaker" for the country.

"I think it would be a good thing to have a woman president," he said to a crowd Monday night. Bill Clinton's visit to the state comes a day before Florida voters pick which Republican or Democratic candidate they will nominate for the presidency in Tuesday's primaries.

Former Secretary of State Hillary Clinton is currently beating her rival, Vermont Sen. Bernie Sanders, with a margin of 60 percent to 34 percent, according to a Quinnipiac University Poll from March 14. On the other side of the political spectrum and much to Sen. Marco Rubio’s dismay, Florida Republicans prefer businessman Donald Trump to Florida’s junior senator by a margin of 46 percent to 22 percent.

"We’re in the I-4 corridor, so you know what that means," Dyer says to the crowd. "This is where presidencies are won or lost. There's no path to the presidency without winning Florida, so we are the firewall."

Clinton says his wife's campaign is concerned about the nation’s heroin problem, the expansion of Medicaid in Florida and wants to increase community policing. He added that Hillary Clinton favors a "serious effort" to reduce the population in federal prison, would like to make college more affordable and make the nation more inclusive.

Regarding Republican frontrunner Donald Trump, Clinton says the number of undocumented immigrants coming from Mexico has actually decreased since 2010, so he questions Trump's desire to build a wall. Finally, Bill Clinton says Hillary Clinton is ready to lead the country in economic and social growth.

"She’s qualified to be commander in chief," he says.