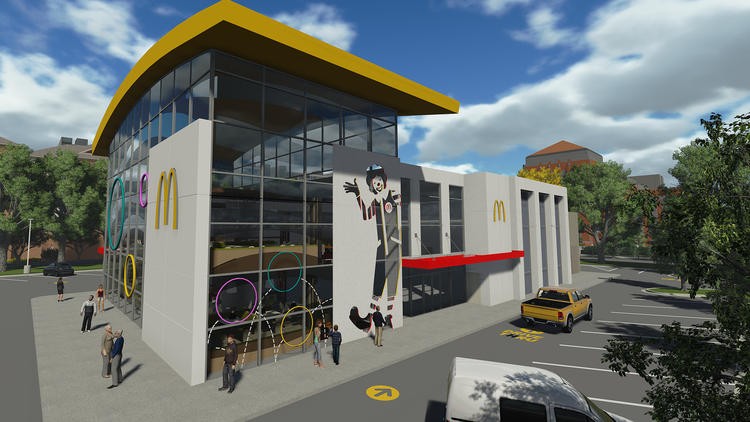 Good news for McFoodies in Orlando.

The "World's Largest Entertainment McDonald's" is set to reopen sometime this week on 6875 Sand Lake Road off of International Drive.

Spokeswoman Kim Hawkins said the new three-story, 19,000-square-foot building will open to the public Tuesday or Wednesday, according to the Orlando Sentinel.

The new 24-hour McDonald's will allow guests to get creative with a "Create Your Own" menu, which will feature burgers, chicken sandwiches, pizza, pasta, waffles and omelets, as reported by the Orlando Business Journal.

Guests can also say "I'm lovin' it" to a 22-foot-tall kids' play area with slides and more than 50 arcade games.

The original "World's Biggest Entertainment McDonald's" opened back in 1976 and closed its doors at the end of 2015.