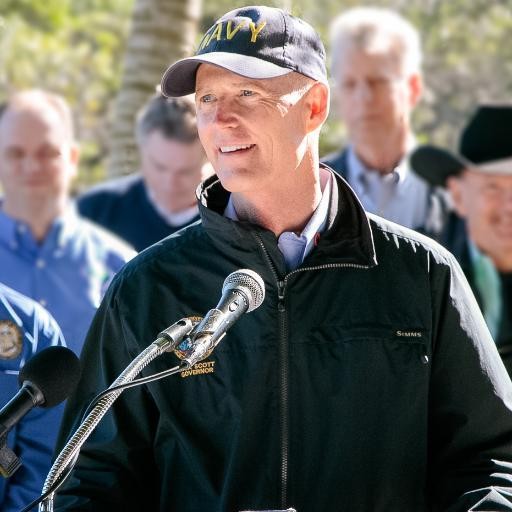 Gov. Rick Scott chose not to endorse anyone before Florida's primaries on Tuesday, but made it pretty clear in a fawning letter in USA Today and two awkward appearances on MSNBC and CNN that he likes The Donald.

But after Trump won Florida's Republican primary by a landslide and crushed U.S. Sen. Marco Rubio's presidential dreams, Scott is ready to go all in.

In a Facebook post, the Florida governor officially endorsed Trump, calling on Republicans to "come together." Scott writes:

"I’m asking all Republicans today to come together and begin preparing to win the general election in November. With his victories yesterday, I believe it is now time for Republicans to accept and respect the will of the voters and coalesce behind Donald Trump.

This has been a hard fought primary, with an outstanding roster of excellent candidates, including two of Florida’s favorite sons, and several Republican Governors who are close friends of mine.

But the voters are speaking clearly – they want a businessman outsider who will dramatically shake up the status quo in Washington.

When I first ran for Governor the political class and party leaders opposed me with great vigor, and some even said if I won the primary they would never vote for me. But the voters had other ideas, and they are the only ones who count.

Here’s what really matters – we have to elect a Republican in the fall in order to grow jobs, rebuild our military, and put a person who respects the Constitution on the Supreme Court.

This is the stuff that truly matters.

If we spend another four months tearing each other apart, we will damage our ability to win in November. It’s time for an end to the Republican on Republican violence. It’s time for us to begin coming together, we’ve had a vigorous primary, now let’s get serious about winning in November."