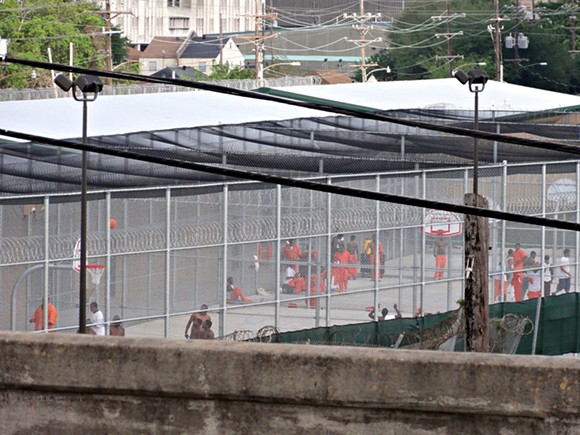 A federal judge ruled Monday that Jefferson County must redraw its commission and school board district maps after the district boundaries were found unconstitutional due to "prison gerrymandering."

Prison gerrymandering, much like regular gerrymandering, is still about manipulating district boundaries for political advantage. This particular practice happens when "states and local governments count incarcerated persons as residents of the areas where they are housed when election district lines are drawn," according to the NAACP's Legal Defense and Educational Fund. Essentially, inmates who can't vote are being counted when drawing electoral maps.

"This practice distorts our democratic process by artificially inflating the population count—and thus, the political influence—of the districts where prisons and jails are located," the organization says. "As a result, the voting power of everyone living outside of those districts is weakened."

The lawsuit was filed against Jefferson County by the American Civil Liberties Union and Florida Justice Institute on behalf of county residents, according to a press release from the ACLU. The suit alleged maps used in county commission and school board elections included inmates from Jefferson Correction Institution, which made up about 43 percent of the voting age population in one district. Those inmates couldn't vote for elected officials, but it gave the rest of the population in that district more political clout than residents who lived in other parts of Jefferson County.

U.S. District Judge Mark E. Walker found the county's districting scheme "doesn't comport with the "one person, one vote" principle" and violates the Equal Protection Clause in the 14th Amendment, according to his ruling.

“We are thrilled to have won this decision on behalf of the people of Jefferson County, and to have struck a blow against one of the collateral effects of mass incarceration,” says Nancy Abudu, legal director of the ACLU of Florida, in a statement. “Judge Walker’s ruling holds that political maps can’t be drawn in a way that exploits the exploding populations of our prisons by using inmates who have no political influence over local politics to dilute the voting strength of local residents. Those who engage in prison gerrymandering should be on notice that this unconstitutional practice is subject to challenge.”

Jefferson County must submit a new map to the court by April 4.