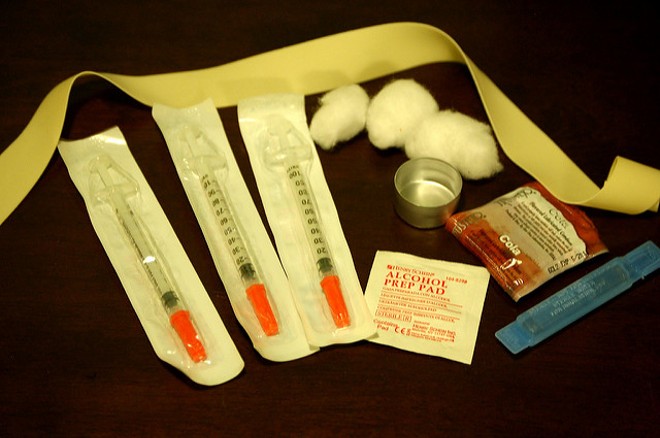 Gov. Rick Scott signed nine bills into law Wednesday, including a bill that creates a needle-exchange program at the University of Miami and another bill requiring rape kits to be submitted for testing within a certain time frame.

The News Service of Florida reports SB 242 establishes a pilot program at UM that "seeks to prevent the spread of HIV/AIDS and other blood-borne diseases by allowing drug users to swap used needles and syringes for clean ones." Lawmakers approved the program, which expires in 2021, in part because of the rising rate of HIV infections in Florida.

"There's now a scientific and political consensus that drug use is best treated as a health issue," says Bill Piper, senior director of national affairs for the Drug Policy Alliance, in a statement, according to NSF. “Hopefully this pilot syringe program is just the beginning of major changes in Florida.”

Scott also signed SB 636, which requires sexual assault evidence kits, also known as rape kits, to be submitted to the Florida Department of Law Enforcement within a specified time frame, according to NSF. The FDLE reported earlier this year that it found 13,435 untested rape kits from law enforcement agencies across the state, of which 9,484 kits should have been tested. Under the new law, agencies must submit rape kits "within 30 days of the beginning of their investigations or after being notified by victims or victims' representatives that they wish the evidence to be tested," NSF reports.

“This legislation will provide thousands of women with a renewed sense of safety and closure as they heal from the horrific crime of rape," Scott says in a statement.