Sick of the ‘90s yet? That decade’s style is omnipresent these days. I heard JNCO jeans are even making a little comeback or some shit like that. Good lord. 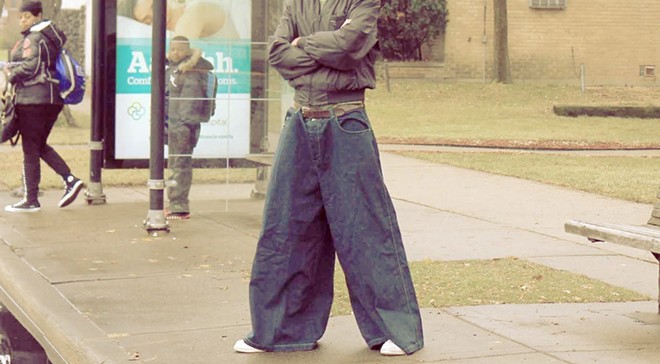 But, though I may be a little sick of typing that number from all these acts I’ve been seeing of late, I’m not over hearing those nostalgic sounds quite yet. Regarding indie rock specifically, a field currently saturated with revivalism, it so happens that a lot of it is good with bands like Bully, Waxahatchee, Swearin’ and Potty Mouth on the scene.

Well, the steady rise of Tancred, the brainchild of singer-guitarist Jess Abbott, to join these new-school leaders of the old school is just about to make a big, certified leap with the upcoming Apr. 1 release of their muscular, realized new album (Out of the Garden). Anyone who picked it up at the merch table at their recent Orlando debut (Mar. 21, The Social) knows what I’m talking about. In addition to being issued on the cred-packed Polyvinyl label, the record also boasts the production hands of Anna Waronker (That Dog) and Steven McDonald (Redd Kross/Off!).

At the show, Tancred was a little out of step with the rest of the bill, which was heavy on the feels with emo-leaning bands like Foxing and O’Brother. But in a tight, beefy 30 minutes on stage, Abbott’s trio proved its worth as probably the most notable upstart right now on the bill, even if they were third on the marquee. Exactly like the new album, Tancred’s live pulse is a cranked drive that delivers a well-tuned combo of powerful, chewy guitars and sweetly skewed melody. And for fans of the final wave of real alternative rock before that term lost all meaning (and legitimacy), Tancred is manna.