Scott Stapp, the former Creed frontman and Orlando native, stopped by Discovery Cove, March 24, to swim around with this dolphin, according to SeaWorld.

Stapp, who's responsible for chart-topping rock ballads like "My Own Prison," spent the afternoon splashing around with Roxy– an Atlantic bottlenose dolphin who will probably spend the rest of its life at SeaWorld. 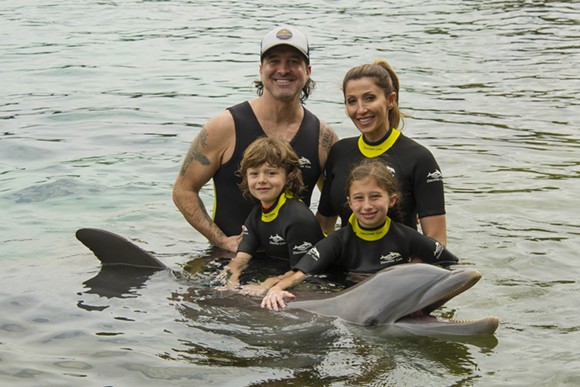