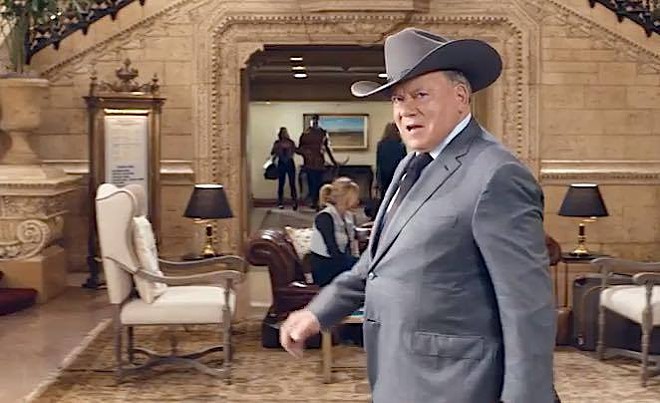 Peter Sloan, a Tampa resident who sorta kinda looks like William Shatner, has been claiming for more than 30 years that the former Star Trek star and Priceline pitchman is his deadbeat dad.

According to the Tampa Tribune, the 59-year-old estate planner and radio DJ recently filed a lawsuit demanding $170 million in damages for libel, slander, defamation and more.

“I have endured quite a bit over the years and always stayed above the fray in terms of going after him for anything,” Sloan said to the Tribune. “There has been a pattern of behavior that makes me look like I am lying and I won’t stand for that anymore. I am tired of being called a fraud by his people and him.”

Sloan, who is representing himself in this case, is claiming it's not about the money and that he just wants Shatner to stop denying the fact that he is the result of a one-night stand with his mother while they were filming a Canadian version of Howdy Doody.

Sloan claims Shatner actually admitted to being his father in 1984 during a meeting on the set of TJ Hooker, TMZ reports. However, Shatner denies this, saying the meeting never happened and Sloan is trying to live long and prosper off his name.