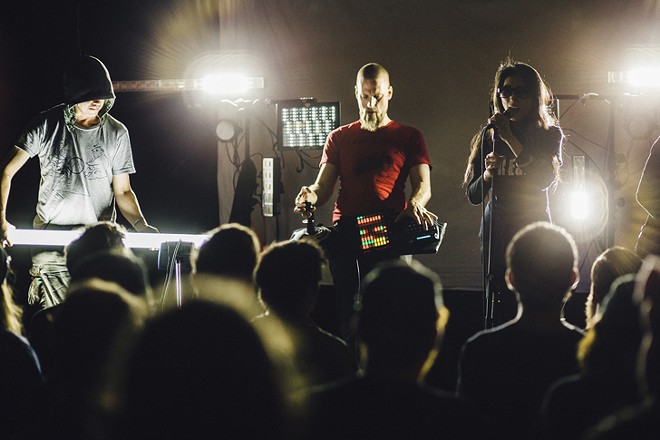 Unless you’re some kind of freak like our new music editor, noise music isn’t one of those everyday things. But that might change if more acts were like what I saw at the MultipleTap Tour (April 1, Will’s Pub). Of course, the loaded Japanese noise parade was already a historic happening just by virtue of the credentialed names in its lineup and the fact that it’s the U.S. debut for most of them. But its more significant mark is that it represented the genre with such exceptional quality and cogency, more than I’ve ever personally seen on one stage.

Perhaps it has something to do with the Japanese being some of the most eminent experimentalists in the art world, but this showcase consistently revealed a more refined and sophisticated conception of noise than we’re used to seeing stateside. Next to the evolved and state-of-the-art MultipleTap performances, most of the domestic artists I’ve seen at the pre-INC shows here seem like basic punk acts. 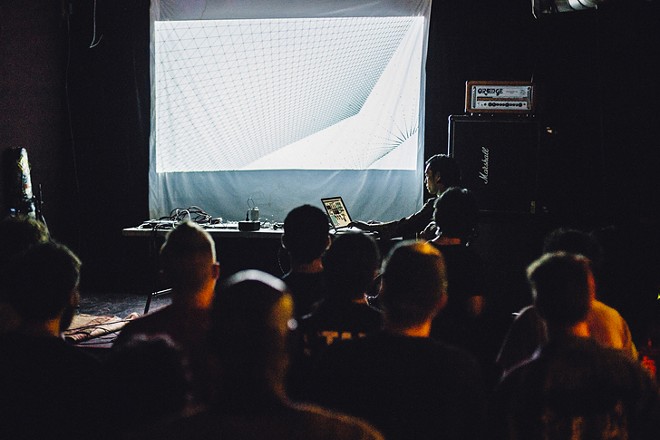 Probably the night’s most focused performance was the audiovisual set of Yousuke Fuyama. His sounds were as elegant as they were assaulting, exploring both the nuance and intensity of static. But his visual genius – powerfully evocative and in total synthesis with the sounds – stole the show.

M.S. from Yousuke Fuyama on Vimeo.

Although rendered only in austere black and white lines, the sharp graphic sense and gorgeously intelligent movement of his visuals are so commanding that the aggregate triggering effect feels like it’s changing your biology on the spot. This is the distilled pinnacle of noise, where artistry is immediately self-evident rather than debatable and arcane. While many of his peers rage from the garage, Fuyama is doing next-level, museum-caliber work. 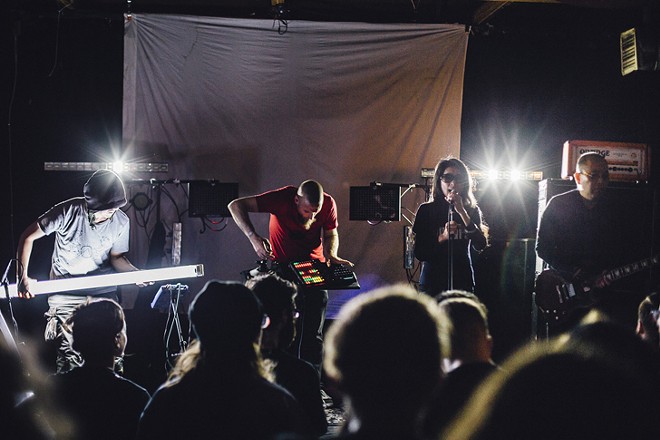 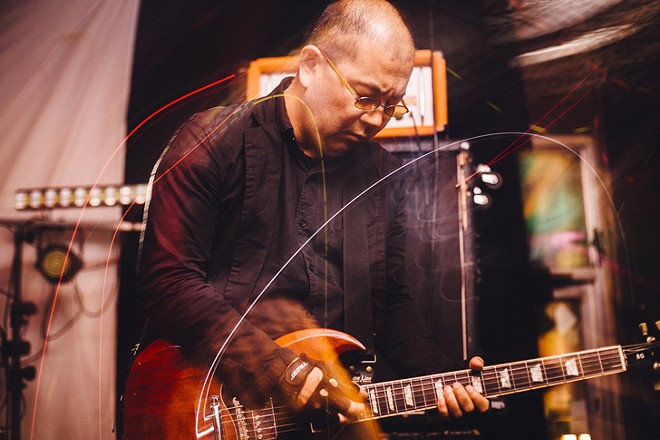 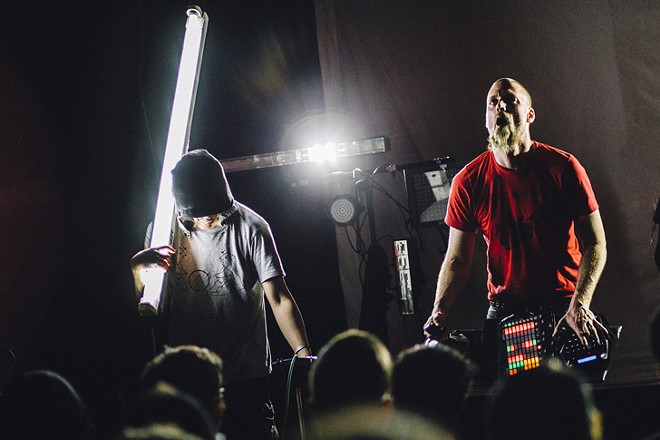 Sonically, it was an almost unintelligible onslaught that could probably clear a room faster than tear gas if the room wasn’t already filled with noise heads. Visually, between Carey’s seizure-riffic light array and Ito’s fluorescent-tube “Optron,” it’s a wonder that an ambulance wasn’t called. Like any all-star game, it was more fireworks and fan fantasy than a transformative gestalt, but it was fucking insane.

One of the more interesting quieter sets was the joint audiovisual one by video glitch artist ucnv and ambient interference soundscaper Makoto Oshiro. Their quilt of gentle feedback, alien clicks, wind sounds and screwed visuals was more tension than action. And the experience was like sitting inside a bunker wondering if the twister raging outside will just keep scrambling your internet while you’re trying to watch cute dog videos or eventually tear open the walls. 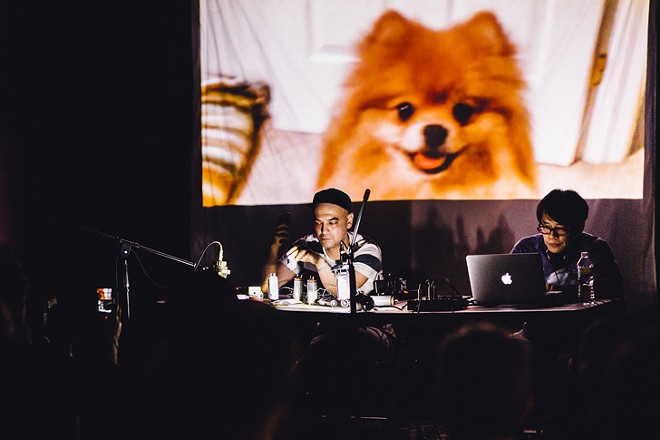 The MultipleTap Tour is an otherworld-class cavalry of artists pushing damage and waste to the avant-garde. They’re geographically from the opposite side of the globe, but artistically and conceptually they’re much further out than that. That they manage to bridge the distance this poignantly is testament to their communicative power. When all’s played and seen, this historic happening will stand as one of the most interesting shows this year.