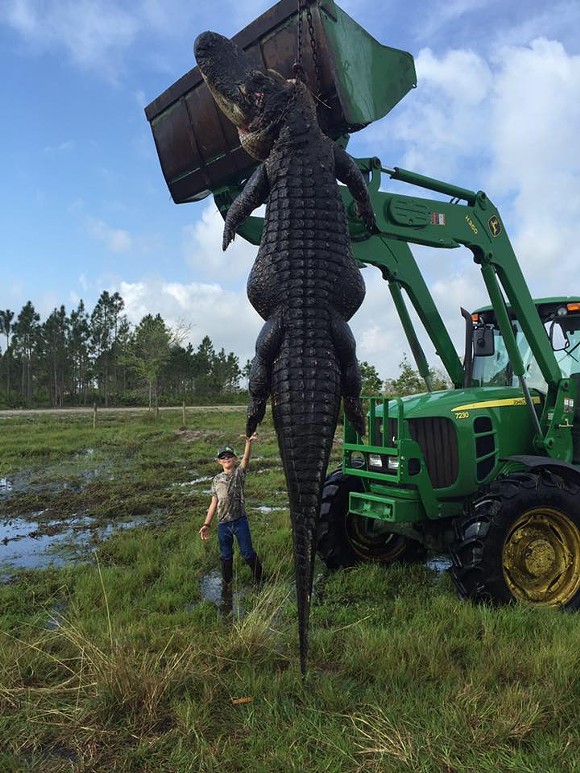 A monster alligator, that some are saying is the largest to ever be caught in the state of Florida, was hunted down near Okeechobee last weekend.

According to CNN, Outwest Farms owner Lee Lightsey, along with his son Mason, his guide Blake Godwin and two hunters came across the monster while hunting for hogs on the their ranch last Saturday, April 2.

Despite claims that the photo may be fake, mostly on Outwest's Facebook page, Lightsey says it's real and claims that the gator was approximately 15-feet long and weighed in at 780 pounds.

According to the Florida Fish and Wildlife Conservation Committee, the state record for the largest alligator caught is 14 feet, 3 1/2 inches, 654 pounds and it was caught in Lake Washington.