If American TV sitcoms were Mount Olympus, Norman Lear would be Zeus. Described as the most influential producer in tube history, Lear started as a writer at the dawn of the industry and went on to mastermind such shows as Sanford and Son, Good Times, Maude, The Jeffersons and his masterpiece, All in the Family, which brought the social revolution of 1960s cinema to 1970s television.

“Comedy was our business,” Lear says. “But we had something on our minds.”

The 90-year-old icon deserves not just another talking-heads documentary but something substantial, and he certainly gets it in Norman Lear: Just Another Version of You (4 stars), which, under the direction of Heidi Ewing and Rachel Grady (Jesus Camp), explores – with stylistic and narrative richness – the works of the producer and the inner workings of the man. 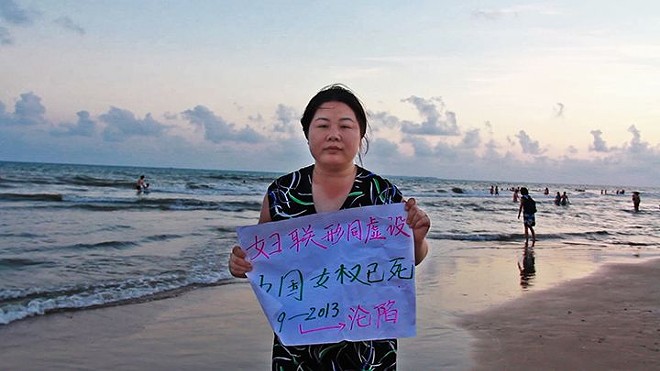 Hooligan Sparrow (4 stars) is that rare accomplishment documentary filmmakers dream of but rarely get: an as-it-happens, in-your-face exposé. Director Nanfu Wang followed human-rights activist followed Ye Haiyan (aka Sparrow) for many months to capture this troubling look at the Chinese government’s habit of surveillance, harassment and imprisonment, specifically as it relates to the sex trade and oppression of young women. Shot mostly with a shaky camera, lacking a solid structure and containing a less-than-stellar voiceover narration, the doc is still one of the most memorable of the festival because of its revelatory journalism. 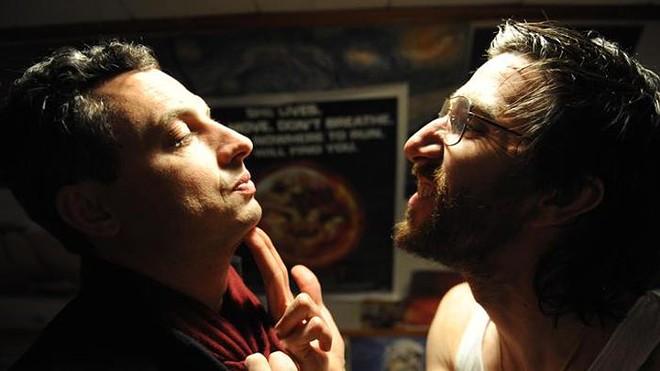 Everything is not what it seems in Donald Cried (3 stars), a seemingly slight and innocuous comedy that, if given time, becomes something deeper. In fact, if you make it through the pedestrian dialogue and handheld camera of the first 30 minutes, you will slowly discover one of the nicest surprises of the festival.

Peter (Jesse Wakeman) has returned to his hometown to wrap up the affairs of his recently deceased grandmother, but after losing his wallet, he must seek help from his mentally challenged but well-intentioned childhood friend, Donald (Kris Avedisian, who also writes and directs). Thus begins an odd journey of rediscovered friendship that is as revelatory for the two men as it is for the audience, thanks to great chemistry between the actors and an odd but ultimately successful balance between stoner comedy and dramatic realism. 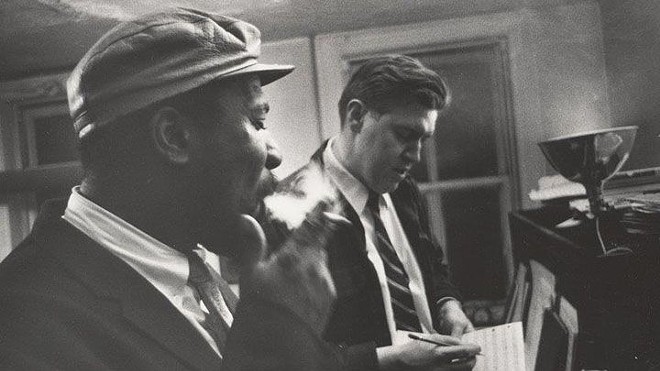 The Jazz Loft, According to W. Eugene Smith (3 stars) merges photography and jazz music, alternating between the two topics in the free-form style of the latter. Specifically, the documentary tells the tale of a famous jazz loft on Sixth Avenue in New York City in the late 1950s and early 1960s, and the astonishingly vast collection of photographs and audio recordings made by famous journalistic shutterbug W. Eugene Smith.

Blending in with musicians such as Thelonious Monk and Zoot Sims, Smith seemed right at home. “He was playing his camera,” we’re told, riffing not with a musical instrument but with lenses, F-stops, fixer and bleach.
The doc is interesting and entertaining when it explores Smith’s unique personality but, as does a jazz riff, tends to wander, especially when dwelling on the loft’s musicians. And if you’re not into the topics, it’s a bit of a snoozer. But it’s still worth a look, if only for educational purposes.
Regrettably, the feature is accompanied by Chekhov (0 stars), a self-indulgent short doc with absolutely no raison d’etre.

In Hunky Dory (2 stars), Sidney (Tomas Pais) is a down-on-his-luck drag queen struggling to care for his 11-year-old son after the boy’s mother disappears. He must balance parenting with his daily dose of turning up on friends’ doorsteps to coo for cash and cock.

Directed by Michael Curtis Johnson and getting its Florida premiere, Hunky has a solid premise, a comparatively strong ending and good chemistry between Pais and Edouard Holdener, who is excellent as Sidney’s son. But it never achieves its desired emotional impact thanks to ill-conceived (and poorly portrayed) supporting characters, a script stretched too thin, a rambling structure and the feeling that we’ve seen similar stories before, just told with more finesse.

Director-producer-writer-actor Mark Duplass will attend the festival to screen The Puffy Chair (2 stars) on April 10 at 7 p.m., at the Enzian Theater, and participate in a Q&A session. A ticket costs $25. (Buy yours now, as the event will likely sell out.)

The 2005 film is a road-trip disaster in which Josh (Duplass), his girlfriend (Katie Aselton) and his hippie brother (Rhett Wilkins) travel hundreds of miles to purchase a vintage “puffy” reclining chair for Josh’s dad’s birthday.
In keeping with the spirit of the festival – and the many talents of Duplass – I wish had more good things to say about the film, which he produced, wrote and co-directed (uncredited) with his brother, Jay. It’s admittedly a seminal event in mumblecore cinema and captures, albeit sporadically, that improvisational, naturalistic feel of the genre, complete with the home-video look. But apart from a few charming and funny moments, it has almost nothing profound or interesting to say about life, relationships or family: the very subjects it’s addressing.

Indeed, its supposedly hyper-realistic feel is ruined by plot elements that stretch credibility to the breaking point. And when those story flaws are combined with characters that are mostly annoying and unlikeable (though competently acted) – and camerawork by what appears to be a monkey with an iPhone – Chair ends up flat rather than puffy.

(For a better Duplass film, see The One I Love, from 2014. He was only in front of the camera on that one, but it still offers a better demonstration of his talents.)

Mad (2 stars) wants to be a John Cassavetes film so badly it can taste it. Instead, it’s mostly an exhausting, annoying experience thanks to its interminable pacing, haphazard editing and rambling structure. And the performances, though competent, can’t make up for the feeling that Robert Putka’s debut feature is more a series of vignettes than a complete film.
Melanie (Maryann Plunkett), who has just undergone a tough divorce and a nervous breakdown, is always at odds with her daughters, who are constantly at each other’s throat. This is not a happy family, with each member seemingly madder (in both senses of the word) than the next.
Putka does infuse the film with some comedy, and a subplot involving another hospital patient (Mark Reeb) is intriguing, but, like most other elements, it goes nowhere. Especially underdeveloped and confusing is another subplot with the elder daughter (Jennifer Lafleur), who is forced to confront legal problems while arguing with her sister (Eilis Cahill) and dealing with her bi-polar mom.

“Your mother suffered a nervous breakdown,” a nurse tells one of the daughters. “She’s really good at crying.”

That’s certainly true, but crying is not enough to make an emotionally fulfilling film, even when accompanied by a healthy heaping of bitching and complaining.

Lolo (2 stars) is a French farce with a dab of darkness. Julie Delpy, who also directs, plays Violette, a 40-something overbearing mother (with an even more overbearing son) struggling to find romance. Embracing relationship comedy and silly slapstick, the film fails to produce intelligent laughs thanks to its ridiculous plot, uninspired writing, overbearing score and an almost total lack of comic timing.

Lolo (Violette’s son) strongly objects when his mom invites her new boyfriend to live with them. “We’re not going to play blended family like some dumb American comedy,” he says.

Instead, we get a dumb French comedy.