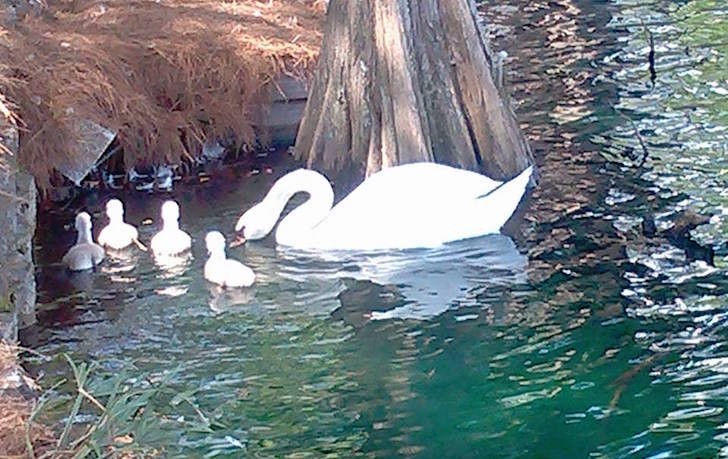 "This is a crime against all of Orlando, and this will be prosecuted to the fullest extent of the law," Sheehan posted on Facebook. "Anyone with information is encouraged to report any suspicious activity to the Orlando Police Department."

A Lake Eola park ranger says that the baby swans, or cygnets, were one day old when they were taken from their mother's nest, according to WFTV. On Tuesday morning the ranger could hear the mother screaming over her lost babies.

The Orlando Police Department is currently pursuing leads and encourages people to call the crime line at 1-800-423-tips with any information regarding the six missing swans.