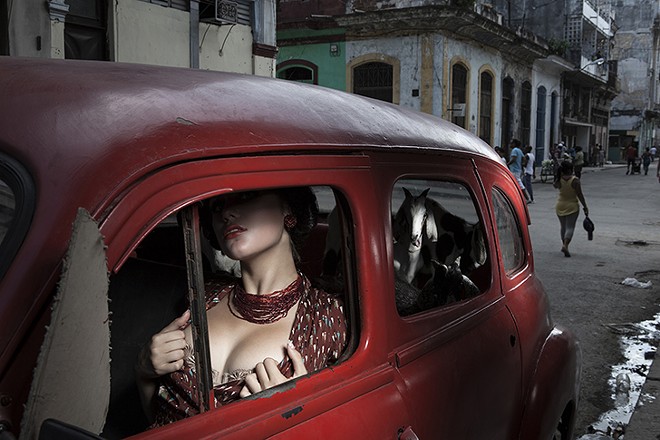 Husband-and-wife creative powerhouses BJ and Richeille Formento aren't your average couple. For more than a decade, the duo have traveled all over with their Siamese cat family in their 1969 Airstream, shooting photographs that have been described as a cross between David Lynch and Edward Hopper. They've shown at Art Basel Miami Beach and the Robert Klein Gallery, but their latest collection, Cinematic Chronicles, brings Snap! Orlando guests a creepy, albeit somewhat sexy, look at America, Cuba, Mexico and India. Beat the crowds at the Cannes Film Festival by getting a special showcase of the team's short film Voyage as well, which artfully documents the dire struggle of refugees. The Formento twosome will be there in the flesh, but keep in mind that their cats will probably not be making a special appearance.