Politico: Trump campaign manager will not be prosecuted 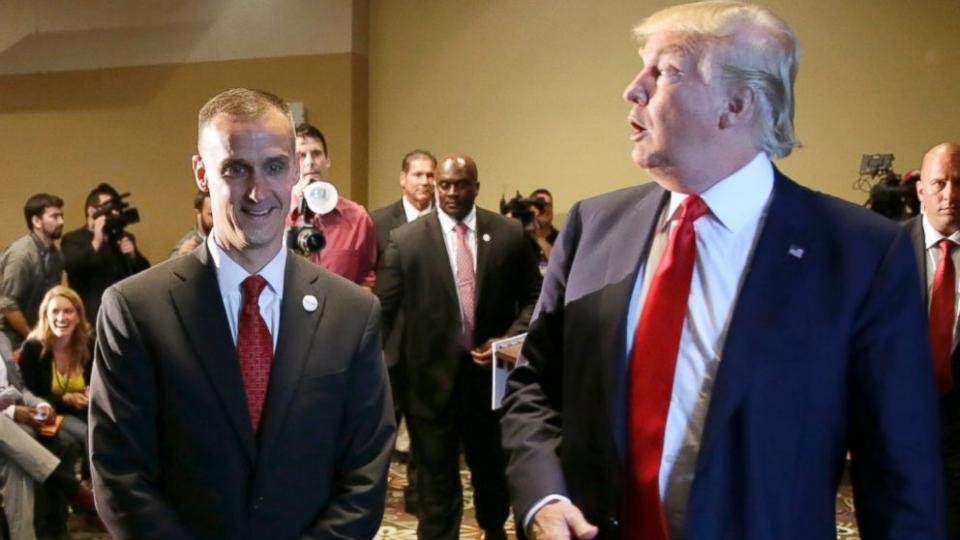 "[Palm Beach County State Attorney David Aronberg] would not comment, but in a POLITICO interview last week, he pointed out that Jupiter police had a low “probable cause” standard to cite Lewandowski for battery," Politico reports.

Fields may still pursue a defamation case against the campaign manager, according to Politico. On Twitter, she says:

Prosecutor's office told me they would inform me of decision tomorrow. If reports true, guess they decided to leak to reporters first. Ugly.

For those asking, office of prosecutor asked 2 weeks ago if I'd be ok with an apology from Corey. I said ya but haven't heard back about it

Aronberg's office will officially announce his decision later on Thursday.

The Tampa Bay Times reports Aronberg says there was "probable cause" for charging Lewandowski, but the "evidence was not strong enough to sustain a conviction."

"It is unethical for us to file cases when we believe there is not a good faith basis to proceed," he says, according to the Times.

The Times reports prosecutors say new surveillance video shows Fields entered the "protective bubble" of people surrounding Trump when the campaign manager grabbed her, though Fields says she didn’t touch the presidential candidate. Aronberg says the former Breitbart reporter was disappointed by the office’s decision to not prosecute, and that an apology, presumably from Lewandowski to Fields had been drafted, according to the Times.

Trump’s campaign released a statement after the decision, saying "Corey Lewandowski is gratified by the decision to drop the misdemeanor charge and appreciates the thoughtful consideration and professionalism by the Palm Beach State Attorney and his staff who carefully reviewed this matter, as well as Mr. Trump’s loyalty and the support of his colleagues and family during this time. The matter is now concluded."