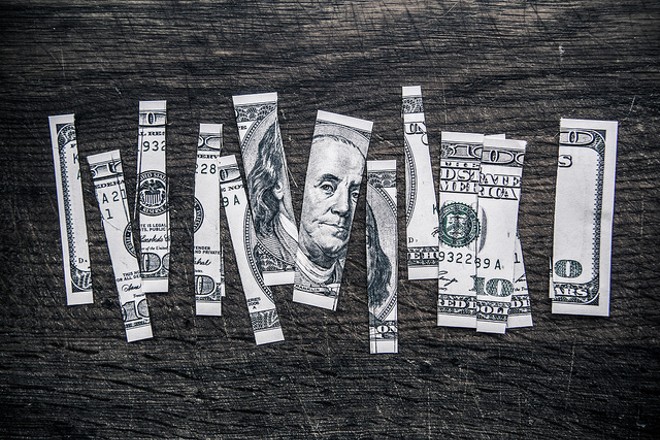 Gov. Rick Scott on Wednesday signed a trimmed-down package of tax cuts that will permanently eliminate a sales tax on manufacturing equipment and set up a three-day tax "holiday" for back-to-school shoppers.

However, the signing came with less flourish than might have been expected for one of Scott's top priorities during the recent legislative session.

Scott held a ceremonial bill-signing as the undercard of an announcement by Novolex —- which makes plastic bags —- that it's expanding a manufacturing facility in Jacksonville.

In a release, the governor's office noted that "during the announcement, Gov. Scott also ceremonially signed HB 7099."

"This bill will not only give Florida families an important back-to-school sales tax holiday, but it will also permanently eliminate the sales tax on manufacturing machinery and equipment so companies like Novolex can invest more money in growing their business and creating new jobs," Scott said in the release. "We will continue to do all we can to cut more taxes and support economic growth so Florida can become first for jobs.”

The package, a legislative compromise that totals $129 million in the fiscal year that begins July 1, includes a Scott priority to eliminate a sales tax on manufacturing equipment. It also exempts sales taxes on food and drinks sold by veterans' organizations and phases out —- over three years —- a sales tax on asphalt used for government projects.

The measure also revises how taxes are calculated on alcohol and tobacco sales for cruise ships within Florida waters, on pear cider, and on an excise tax on aviation fuel, which is a discount for most carriers.

For many Floridians, the biggest part of the package will be a sales-tax "holiday" for back-to-school shoppers. However, the holiday will run from Aug. 5 to Aug. 7, rather than the 10 days initially proposed by Scott and many lawmakers.

In addition to the shorter period, the amount of savings available to shoppers will be lower than in earlier proposals. For example, shoppers will be able to avoid paying sales taxes on clothes that cost $60 or less, down from an earlier $100 proposal. Also, computer purchases won't be included in the holiday. The measure also lifts the tax on school supplies costing $15 or less.

Regardless of the number of days, the Florida Retail Federation says the tax holiday provides an economic boost to retailers.

"We look forward to the savings that consumers will enjoy and the increased sales for retailers during the anticipated back-to-school sales tax holiday shopping weekend," Florida Retail Federation President and CEO Randy Miller said in a release.

Scott had sought more than $1 billion in tax cuts for the upcoming fiscal year and $250 million for business-recruitment incentives at the public-private Enterprise Florida.

But as state tax-revenue projections declined, lawmakers agreed not to provide any of the incentive money and downsized the tax-cut package.

Still, lawmakers have joined Scott in saying that $1 billion in tax relief has been approved over a two-year period, a figure Scott campaigned on in 2014 as part of his re-election bid.

Last year, lawmakers approved a tax cut package that totaled $428.9 million, topped by a reduction in the communications-services tax on cell-phone and cable-TV bills.

This year, lawmakers say Floridians also will get tax savings because the newly approved 2016-2017 budget includes money to hold down local property taxes that would otherwise go into the state's school-funding formula. The issue involves part of the formula known as "required local effort."

With the property tax money, the Senate put the "tax relief" for the coming year at more than $550 million.

House Finance & Tax Chairman Matt Gaetz, R-Fort Walton Beach, said the relief is "over a half billion dollars for this session."

"We have made the decision in Florida that we can grow our economy, meet the needs of our state and care for the vulnerable not by having more taxes, but by having more taxpayers," Gaetz said in a prepared statement. "These tax cuts welcome new families, businesses, and visitors to our state each day."