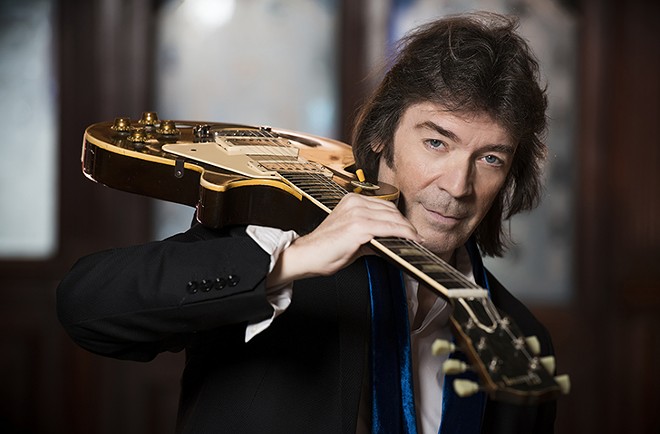 The general consensus among those who harbor opinions about Genesis is that the band lost its way when Peter Gabriel left the band and Phil Collins stepped up to the mic to replace him. But that discounts two good-to-great Genesis albums released after Gabriel left (A Trick of the Tail and Wind & Wuthering); those two albums were the last to feature guitarist Steve Hackett, and it’s fair to say that it wasn’t until Hackett left that Genesis truly abandoned their progressive-rock roots for the shiny (and lucrative) pastures of crossover pop-rock. In the 40 years since Hackett left Genesis, he’s occasionally entertained the idea of a reunion, and has even gone back and re-recorded some of the material he originally did with the band, but his career has been resolutely rooted in continuing to expand on the compositional and instrumental ideas he pioneered in the early ’70s with Genesis. (Yes, he was the first guitarist to do fingertapping on a rock record.) He is an unapologetically dyed-in-the-wool prog-rocker, and while his contemporary work veers into the more hard-edged end of the spectrum, the core of what made him such an essential part of Genesis’ most impressive work is still a vital element of his approach now.