‘Louder Than Bombs,’ opening Friday at Enzian, is quieter than it sounds 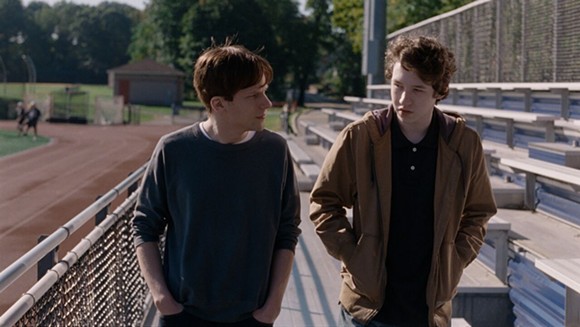 Louder Than Bombs (3 stars), one of the most highly anticipated of the 2016 Florida Film Festival’s “Spotlight” films, returns to the Enzian Theater in Maitland this weekend. It might not live up to its lofty expectations for some moviegoers, thanks to its methodical pacing, nonlinear structure and almost experimental use of voice-over narration, but if you’re in the right mood, you may come to embrace its Ordinary People feel.

Directed and co-written by Joachim Trier (a distant relation of Lars von Trier) in his English-language debut, the film portrays a father (Gabriel Byrne in one of his strongest performances) and his two sons (Jesse Eisenberg and Devin Druid) struggling to communicate with one another following a family tragedy.

Calm and bloodless almost to a fault, the story feels like it’s both nothing and everything simultaneously, as if the characters are walking through life shell-shocked. That numbness – especially when combined with the screenplay’s time jumps – robs the film of forward momentum and energy, but the film’s originality and maturity end up shining through. Louder ultimately succeeds because it has the courage to be quieter.